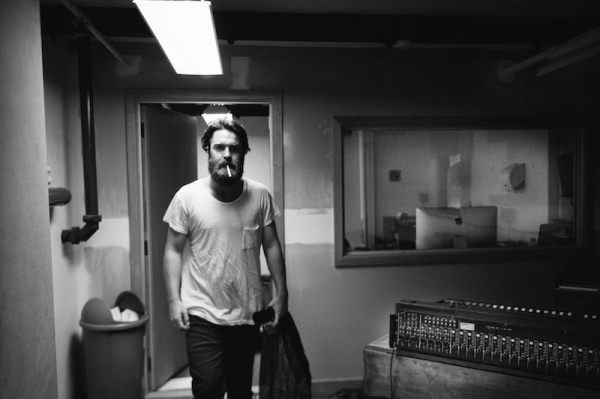 On Thursday, London was graced with the presence of talented Australian producer and musician Chet Faker, aka Nicholas Murphy. His music is distinct but diverse which was fully demonstrated at Thursdays sold-out gig at The Coronet in London.

Faker began his musical career as an electronic producer, remixing the likes of Temper Trap and MSMR, along with British singer Rainy Milo and collaborating on several tracks with fellow Aussie, Flume. Thinking in Textures was his debut EP in March 2012, followed by Lockjaw EP in 2013 and finally a full-length album entitled Built On Glass in April this year. It’s a chilled, soulful and electronic record yet musically valid and versatile. Faker has a nice voice; it’s not impeccable but homely and warm.

The crowd was buzzing from the moment he walked on stage. ‘Blush’ kicked things off, an appropriate song to get the crowd singing along. He maintained the electronic feel for the first series of tracks, but kept things varied with additional electronic layers and remixing. Next up was ‘Terms And Conditions’ which was the first song to be released off debut EP Thinking in Textures; it really showed Faker’s velvety vocals, and combined with some slightly blinding lights, it made me feel somewhat euphoric.

Chet Faker emerged into the commercial music scene with his cover of Blackstreet’s ‘No Diggity’ which was famously used for the Beck’s advert in the 2013 Super Bowl. His drummer and guitar player joined Faker on stage; he moved over to the keyboard himself for a few songs including ‘No Diggity’ which was a real crowd pleaser.

When Faker started a small monologue about how nobody messes up on stage these days and the crowd’s expectation is for perfection, I couldn’t help but internally roll my eyes. He warned us that the next song “exists nowhere but right here” and what followed blew me away. The crowd was a little distracted for the intro, probably due to the slow-building layering effect. What I couldn’t believe was how rhythmically complicated it was. Each layer was intricate and embellished on the previous. Entirely sampled live, the technical standard was quite remarkable; it felt as though Jon Hopkins was on stage. It would have taken intense concentration to get everything in time, so actually I understand why he felt the need to pre-warn the audience incase it didn’t go to plan!

A cover of Jeff Buckley’s ‘I Want Someone Badly’ followed, which Chet declared as being one his favourite ever songs. It was an exposed performance, which was executed so beautifully; I’ve listened to it every day since the show! Performances of ‘Release Your Problems’, ‘I’m Into You’ and most recent single ‘Gold’ were all engaging and enjoyable.

Of course an encore was expected so when Chet Faker came back on stage for a final few songs the crowd were happy. ‘Dead Body’ from the album Built on Glass was a great choice; bluesy and soulful with Faker on the guitar and an unbelievable solo from the drummer (whose name escapes me). Faker thanked the band and remained on stage for a final piano acoustic version of ‘Talk Is Cheap’, which was a calming summary to the whole performance.

I came away from it feeling revived and recharged, but not overwhelmed. I really enjoyed the eclectic array of genres heard throughout his show and the numerous talents Faker possesses. Well recommended.