ZOO HARMONICS – Business In The Front, Party In The Back 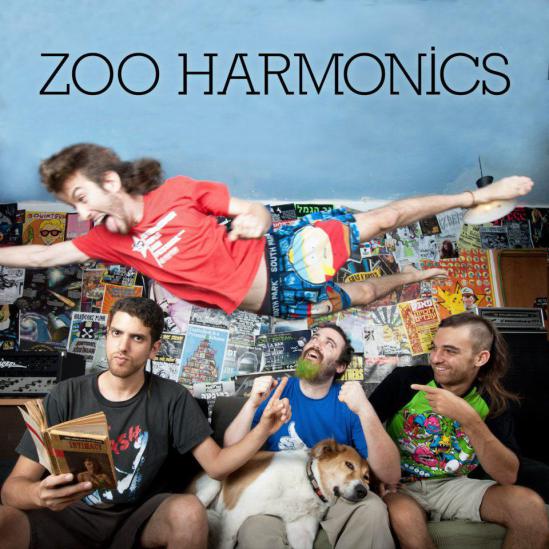 Israeli punk-rockers Zoo Harmonics have brought over their latest release. Business in the Front, Party in the Back is the first UK release by the four-piece.

Opening track ‘Stemweder Open Air’ was ruined by the eighth second. A strong sounding intro with muted guitar harmonics and a snare drum between dirty guitar chords brings energy and a quick pace. And then this voice comes in – clearly not pitch corrected and makes me wince. After the initial shock, I realise that it isn’t actually that bad for an un-altered voice; the guy’s pitch is only fractions off here and there. Think early blink-182. Raw and honest. The music redeems them, however. Cast your mind back to punk-rock 10-15 years ago and mix that up with newer punk-rock such as Four Year Strong and New Found Glory, rough it up around the edges and I think you might be pretty close to Zoo Harmonics.

Track number two, ‘Henry and Clare’, opens with vocals and those muted guitar harmonics we heard a few minutes ago. I want to jam my fingers in my ears, but the music keeps me listening. It carries on from where the previous song left off with the quick drums, and distorted punk-rock riffs.

Middle-of-the-album track ‘Bring me Back’ stood out as a strong option for a single – the vocals aren’t as noticeably off-key and the song just feels like a single. The bass line carries the song through the intro into the verse, making me think of Mark Hoppus and bandmates again. I quite like this song. It has varying dynamics, which a lot of punk-rock lacks, to keep it interesting.

To continue the theme of interesting dynamics, the album explores clean guitar tones and even acoustic guitars from this point. Tracks ‘Butterfly’, ‘Club Sin(atra)’ and ‘He Wishes he Knew’ in particular stand out from the others on the album. And ‘All Amazing Songs’  made me smile, not just because of the irony, but because it’s probably my favourite track out of the eleven (the vocals still hurt my ears, though).

One thing I did notice, and I know this is typical of the genre, but there were many times I thought SoundCloud had skipped back a few tracks. Lots of repetitive sounding songs. Don’t get me wrong, a few times I found myself thinking ‘Ooh that’s a cool riff’ and ‘Interesting drum ideas’ and the songs have varying structures, but there are a lot of samey-samey sounding bits. Also typically of the genre, half the songs were less than three minutes long, which I quite like as it keeps things quick and powerful with no fluff around it all.

With one of the coolest band names I’ve seen in a while, I expected a little more from Zoo Harmonics. I certainly wouldn’t say they’re all amazing songs on Business in the Front, Party in the Back, but they aren’t terrible either. Just invest in vocal lessons please, guys.

I certainly wouldn’t say they’re all amazing songs on Business in the Front, Party in the Back, but they aren’t terrible either.