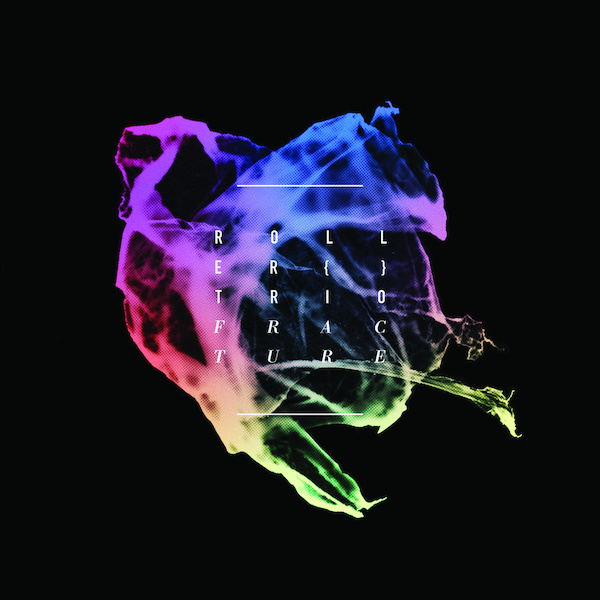 Roller Trio are back!

After a Mercury Prize nomination as a 2012 Album of the Year and subsequent Mobo nomination for best jazz act, the band have been busy touring internationally and working on their second album Fracture, to be released on their own label Lamplight Social Records on December 1st. As BBC 6’s Gilles Peterson rightly summarised it, this album is “dark, menacing, bass heavy”; it will have you explore the dark corners of your soul in a way you never thought could be so diabolically enjoyable.

The album’s tunes had the time to develop and mature during their numerous gigs, giving Fracture its very mastered experimental finish, a fine mix of the band’s members different personalities – James Mainwaring at the saxophone and electronics, Luke Wynter at the guitar and Luke Reddin-Williams at the drums. Roller Trio’s album is a patchwork of trip-hop and rock riffs, jazz, electronics, and it sounds pretty good.

Fracture opens with the funky ‘Reef Knot’, offering a hip-hop groove and stop-start motifs, and a very nice first saxophone solo. Different feels and modulations are explored, like the very well-rendered impression of a skipping CD that can make one think of GoGo Penguin’s ‘One Percent’ track in their v2.0. Their sound, one must say, is utterly neat and precise, and very pleasing to the ears.

‘Doris’, with a title that was first suggested as a joke but ended up fitting the cheeky tone of the music quite well, is the quirky highlight of the album. Its clever mastered drum accompaniment makes you want to dance throughout the whole track, before settling down for ‘Low Tide’, which introduces us into the dark waters of ‘High Tea’. First written by Luke W as a downbeat electro tune, this upbeat drum’n’bass Indian-influenced track is very enticing and offers once again an inspired alto solo by James, before luring you into the oriental darkness once more and ending in apotheosis.

‘Two Minutes To Twelve’ is the album’s oldest track, first broadcast in 2012 on the BBC. We still get that continuous dark feel enhanced by the skittering rhythmical background. While it seems this has become a trend in jazz recently, the band do manage to reinvent it on their own terms and so avoid a spin-off.

On ‘Tracer’ the band experiment multiple effects added to the lavish play of the drums and saxophone, the whole making up an unrealistic world as if you were seeing things through a thin veil; ‘Splinter’ is also of a different kind of chilled: written by Luke W, it starts with a quiet guitar and remains a very reflective piece throughout.

Next is ‘Mango’, written by James and titled after the shouted suggestion of a fan during one of their concerts at Band of the Wall, Manchester. Playful and harmonious in spite of its apparent – but only feigned – messiness, it is a clever mix between many different styles. Somehow they manage to make contemporary free jazz very accessible and warmth, while it is usually not the first impression it gives. James’s suave playing and beautiful round sound, added to a jolly groove, subtle harmonic modulations and a very enjoyable drum solo by Luke R-W, makes of this track one of the highlights of the album.

Then comes the retro and sassy ‘Three Pea Soup’, a blend of three contrasting sections. The result is very compelling, the base-deep chorus giving an intensity counterbalancing the overall cheekiness of the tune. The second section draws definitely more from rock, with very present guitar riffs while the saxophone remains the leading melodic voice.

Finally they tie it all up with ‘Tight Rope’, featuring more soprano playing on a rhythmic trip-hop background. Chilled, eerie and remote from this world, you could easily picture yourself in dark/light deep seas, cut off from all worldly worries. James’s whale call-like playing is very neat and soft to the ears – an achievement in itself, for it is not easy to sound warm and bright at the same time with a soprano. In short we wish Roller Trio good luck, though we should not worry about these three talented chaps!

Check out our interview with Roller Trio here…

It will have you explore the dark corners of your soul in a way you never thought could be so diabolically enjoyable.