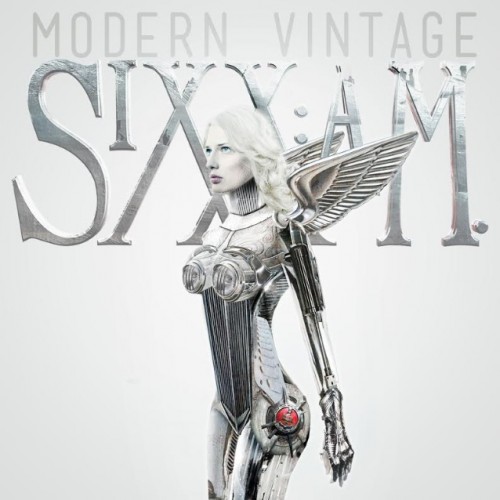 Modern Vintage, the third album from Sixx:A.M. couldn’t have been titled any better. The band – made up of James Michael (vocals), DJ Ashba (guitar from Guns’n’Roses) and Nikki Sixx (bass from Motley Crue) – have in fact dedicated the 11 tracks of Modern Vintage to artists and songs from the ‘70s and ‘80s, to celebrate the music that has inspired them over the years.

Released last October, DJ Ashba said about it: “The whole inspiration was to go back and really dig into our past and the music collection and albums and bands we used to growing up as kids.”

Black Label Society’s drummer Jeff Fab joined the group for the recording of this studio album, totally different from the previews two: while The Heroin Diaries (2007) was very dark and This Is Gonna Hurt (2011) was really aggressive, Modern Vintage is a nostalgic and varied album. Each track is different from the other; rock is the link, but each song has its own style.

‘Gotta Get It Right’ is the single that preceded the album and it’s a funny track along the line of Freddy Mercury’s Queen, with the chorus intro that recalls ‘Fat Bottom Girl’. ‘Let’s go’ is a proper rock track and it has a clear Nikki signature, with grooving bass and crunching guitar.

The album features a cover of ‘Drive’ by The Cars, a song from 1984 that Sixx:A.M. has transformed in an electronic ballad. “Sometimes you will hear a song in the distance or on the radio and you think, ‘I wish I had written that.’ I have a handful of songs that I wish I had written. ‘Drive’ by The Cars is one of them,” said Nikki regarding the decision to cover this particular song.

Crossing styles, we then have ‘Miracle’, a pop/dance track that recalls Michael Jackson for the rhythm and for the way James sings it, and ‘Before It’s Over’, which is honestly something you wouldn’t expect from a band like Sixx:A.M., as it’s a funky, almost rockabilly song, sweetly placed to close the album.

After listening to all the tracks I can firmly say that the opening ‘Stars’ is the best song of the album, a perfect mix between rhythm and lyrics with a strong classic rock guitar that makes you want to hear the song again and again and again.

Modern Vintage is a nostalgic and varied album. Each track is different from the other; rock is the link, but each song has its own style.