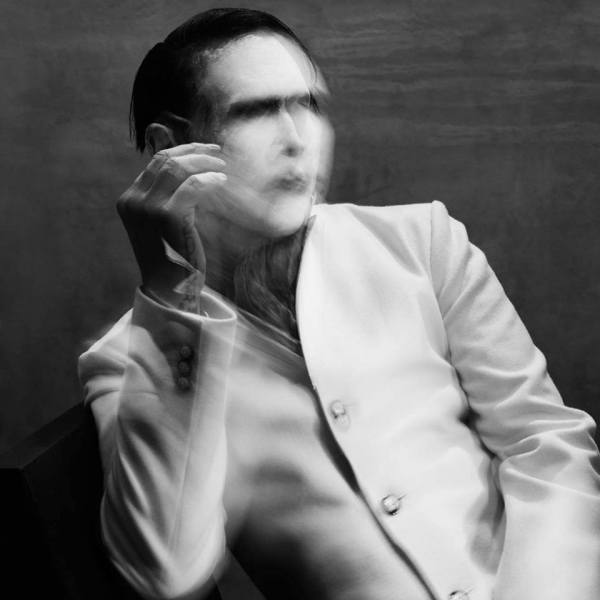 The Pale Emperor emerges from the south clasping his tainted shroud of post-millennial blues. Marilyn Manson – rock’s industrial anti-christ – is back with a record directly from Hell,etc. that transgresses all our expectations.

Manson has collaborated with Tyler Bates, who composed the music for The Pale Emperor, bringing distinct blues influences into a surprising marriage with the recognisably distorted dingy vocals. This album is a black river of tar baking in the moonlight – already likened to the palette of Manson’s Sons Of Anarchy.

Listening to some of the more anthemic tracks, you’ll begin to understand that this is a distinctly cinematic affair. Manson has chosen to dispense with the more varied lyricism of the past, capturing entire songs in single lines, which he vehemently repeats throughout. ‘Killing Strangers’ is the opening track and arguably one of the best, featuring the line ‘We got guns’ – suitably used in the recent John Wick movie, that spilt more blood than Manson’s ‘Heart Shaped Glasses’ video.

There is something sinister and satisfying caught up amongst tracks like ‘The Mephistopheles of Los Angeles’ and ‘Cupid Carries a Gun’ – tracks that indulge in classically heretical Manson vocals, twisted with twanging guitars. The former features Mephistopheles, the demon of German folklore and Faust’s soul selling legend and the later incorporating ‘witch drums’, biblical serpents and the monstrous book of Revelations.

The Pale Emperor has received some criticism for being too reserved, a notion we don’t expect to hear within nine circles of Marilyn Manson. In some instances this new direction does unfortunately feel too safe – the best songs are those which depart from the heavy rock riffs and completely realise the blues-metal Tyler Bates vision.

The Pale Emperor (Deluxe) is a must buy if you’re thinking of getting the album. It includes three acoustic interpretations of main album tracks, under new titles: ‘Day 3’ replacing ‘Deep Six’, ‘Fated, Faithful, Fatal’ for ‘The Mephistopheles of Los Angeles’, and ‘Fall Of The House Of Death’ for ‘Odds Of Even’. Each track reflects motifs of the original but feel distinctly under-produced, stripped down to acoustic guitars and softer melodies, a welcome change from the repetitive dynamic range of the standard album list.

Manson’s Pale Emperor is a promising album, undeniably different for all the right reasons, signalling a welcome resurrection for fans.

Manson’s Pale Emperor is a promising album, undeniably different for all the right reasons, signalling a welcome resurrection for fans.