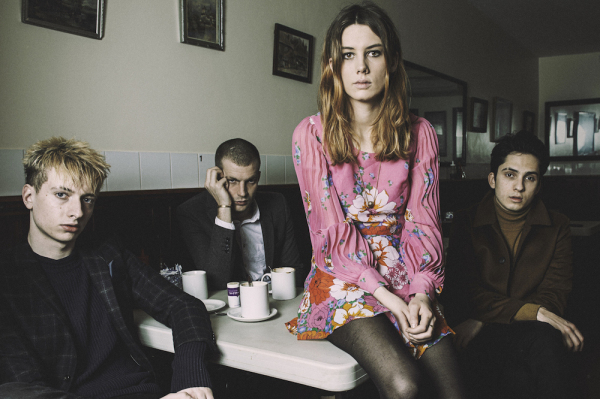 “We’re thrilled by the initial response we’ve received by London’s music community for the Converse Rubber Tracks programme, which is illustrated by the number of local artists who have applied for recording time,” said Jed Lewis, Converse Global Music Marketing Director. “We hope the programme makes a long-lasting impact across the local music scene over the next year and we look forward to providing emerging musicians and bands from all over the city this unique opportunity as we continue in Ealing, Southwark and Tower Hamlets.”

Converse Rubber Tracks London kicked off at Haringey’s iconic Snap Studios, where each artist worked directly with award-winning producer and engineer Al O’Connell, utilising the studio’s state-of-the-art equipment and advanced technology. Each artist then retains all rights to their music after a full day of recording.

Born out of the brand’s desire to give back to the global music community and provide opportunities to artists who may not have the means to afford studio time or the exposure of performing in front of live audiences, the Converse Rubber Tracks programme began as a brick and mortar studio in Brooklyn, New York. Since the flagship studio opened in July 2011, over 1,000 emerging artists have had the opportunity to record original music alongside the Converse Rubber Tracks team of experienced engineers at no cost. Over the past three years, Converse Rubber Tracks has since evolved globally with short-term pop-up studios in key music cities such as Austin, Los Angeles, Montreal, Amsterdam, Mexico City, Johannesburg, Bangkok, Moscow, São Paulo and Shanghai.

The first of its kind to hit the capital, Converse Rubber Tracks London will take up residency on a rotating basis – one London Borough at a time. After Haringey, the series will then make its way to Ealing, Southwark and Tower Hamlets throughout 2015.