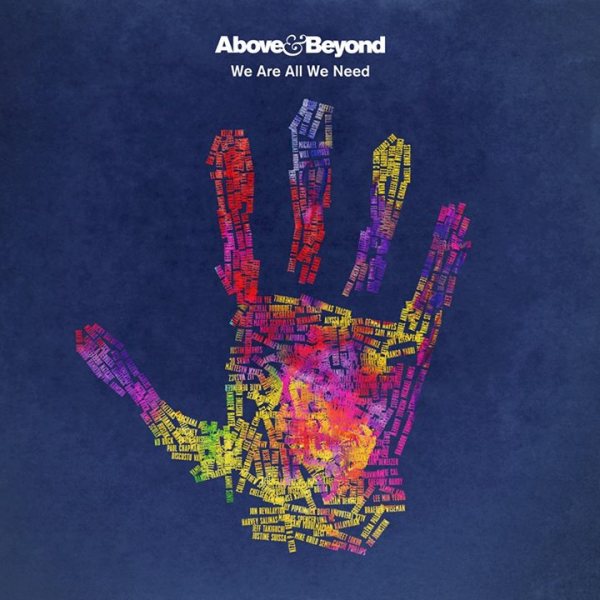 The highly anticipated third studio album We’re All We Need has been long overdue from Above & Beyond trio Jono Grant, Tony McGuiness and Paavo Siljamäki. Three years have passed since last release Group Therapy, and what a journey these men have traveled since then.

We’re All We Need, as described by the band, is a body of work that places human relationships at its core and explores the experiences and emotions that bind us. ‘We’re All We Need’ encapsulates this very motive perfectly.

An alluring entry into We’re All We Need begins in the name of ‘Quieter is Louder’. It’s like being welcomed into the gates of heaven with beautiful piano and an angelic touch that is all so soothing. Speaking about the current ‘EDM’ scene where it’s a case of who can be the loudest, Paavo claims ‘Quieter is Louder ‘is a way of saying no one listens when everyone is loud. Instead it’s when you’re a being quiet and elegant, that is when people start to truly listen.

The first song being short and sweet has the hook effect of wanting to delve deeper into what Above and Beyond have to say. We are gifted with album namesake ‘We’re All We Need’ in what is an uplifting single that is backed up incredibly by long associated singer Zoë Johnston. Chilling vocals that create a rich balance to them allow for audience connection and a platform to display human emotion.

Moving up tempo we continue with single release ‘Blue Sky Action’. A nice guitar rift that is complimented by a truly gifted singer in Alex Vargas makes the listener intrigued. An album favourite that is perfect for those who are sick of the winter season. It allows for you the listener to dream of some warm weather and blue sky action through a decent trance drop.

Once again we are rewarded with a Zoë Johnston vocal on ‘Peace of Mind’. A heavy intro that is serious enough to turn heads is then flipped on its head when a divine breakdown occurs. What I love about this song is its ability to challenge your mood set, starting more seriously and then turning you into a big piece of relaxed euphoria! Lyrics such as: “Have you ever lost every part of yourself, have you left your heart on a lonely avenue?”, rings true to some extent with every human being on earth and what ‘Peace Of Mind’ declares is that you will find yourself in a matter of time, you have just be patient.

A highlight track of We’re All We Need is ‘Counting down the Day’s’ that features Gemma Hayes. Above & Beyond have been known not to collaborate with mega famous singers but instead work with artists that they love and think will provide more endearment and quality to their music. A great vocal on a marvelously smooth and melodic song once again presses different buttons on a variety of sound.

Knowable track ‘Sticky Fingers’ follows after and is most notable for the stand out lyric: “Get Your Sticky Fingers Out Of My Head”, a statement for all those that have been through a bad relationship.

Next up, we have ‘Hello’ which has featured heavily in Above & Beyond live sets in the past 6-12 months as well as other songs. However, this is incredibly powerful and has a particular UMPH that is rather enjoyable. At one stage you can imagine a sea of hands that are wide apart absolutely lapping up ‘Hello’ feeling like they own the world. A funky middle to end section provides an interesting twist that is definitely the best ‘Hello’ you will receive.

The newest single ‘All Over the World’ as well as ‘Fly to New York’ utilise ever so effectively the voices of Alex Vargas and Zoë Johnston. The familiar but amazing structure of breaking down the song and building it back up into thunderous uplifting music is represented pleasingly in these two songs.

A track that from We’re All We Need that needs praise is ‘Excuses’. A traditional Above & Beyond intro is then complimented by a delightful Tony McGuiness vocal that culminates the true talent of Above & Beyond. Musicians in their own right, who can sing, produce, play instruments and basically rule dance music.

Other songs such as ‘Save Me’ and ‘Out Of Time’ contribute nicely to the album as well as ‘Little Something’, where long-time collaborator Justine Suissa once again adds a touch of class to a slower but sensational composition. Other songs of note that go into a steady direction are ‘Making Plans’ and ‘Sink the Lighthouse’ that provide a pleasant balance and engaging experience for the new album. The 16 song album finale is left to a Zoë Johnston vocal and a fine instrumental called ‘Treasure’. You are left satisfied and wanting to replay the whole album over.

Above & Beyond‘s ability to create truly uplifting melodies, vocals and deeply emotional lyrics allows listeners to engage with music on a whole other level. With this and their overwhelming connection with fans all around the world, it is no surprise why they are kings in the world of dance music.

Above & Beyond's ability to create truly uplifting melodies, vocals and deeply emotional lyrics allows listeners to engage with music on a whole other level.

Sponsored Video: We Can See You Now; Hair Brush in One Hand, Cold Beer in the Other 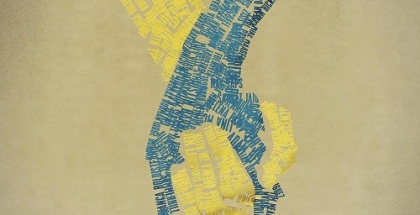