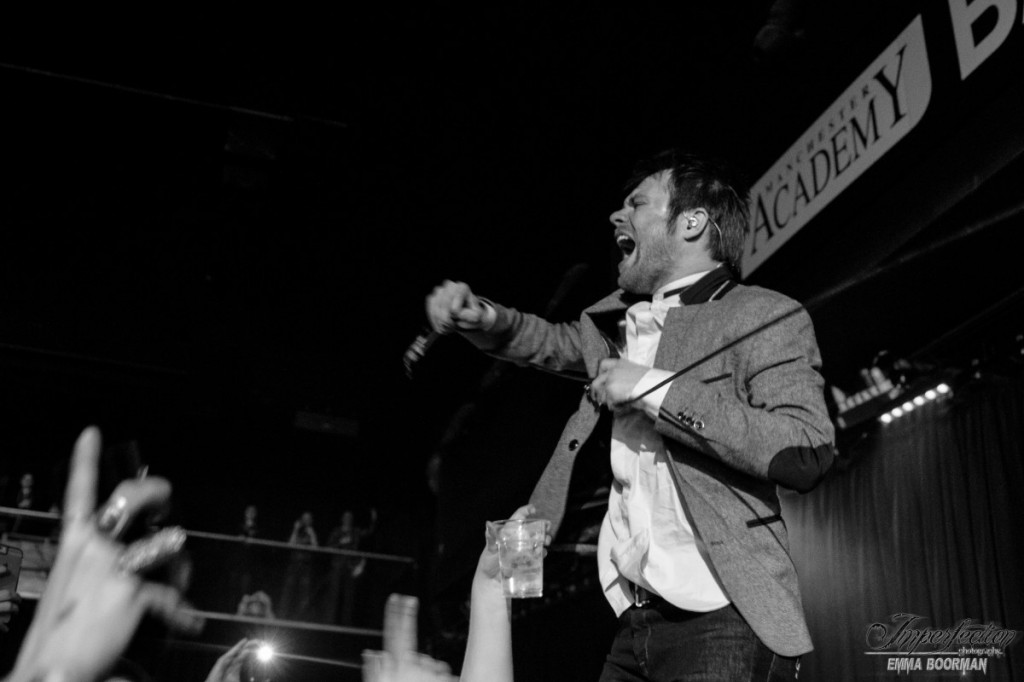 It’s been near six years since I last saw Enter Shikari in a live setting, and nearly eight since the very first time when they released their debut album Take To The Skies. I first came to know of the band during a holiday 9 or 10 years ago when a friend recommended them to me, and the first song I heard was a demo version of ‘Johnny Sniper’. Ever since then, they have been on my radar. Their live shows have always been a talking point among fans and critics alike, so tonight I expect nothing but a gauntlet of sound hitting my hears.

Unfortunately I was too late to catch the first act Fatherson, but I made in it in time for Allusondrugs, who took me somewhat off guard at first with their sound. I was pleasantly surprised, even if at times it felt bit like a curve ball, going from melodically driven tunes to angsty, discordant sounding tracks. What attracted me most to Allusondrugs was seeing this amalgamation of melody, angst and movement. With every beat and every note, the band gave it their all…and it was entrancing.

Next up we had Feed The Rhino, who had a similar enthusiasm and hunger that you’d once seen in Frank Carter’s eyes; enthusiasm and hunger for no holds barred anarchy on stage and in the crowd. Unfortunately, by the time Allunondrugs had finished, I felt like things couldn’t get much better, and I was right. Feed The Rhino, who for all accounts are good at what they do, which is big bombastic riffs and good showmanship, didn’t leave that lasting impression on me. There’s nothing more to it really. The band got the crowd rowdy and roaring to go, but it wasn’t for me.

Now, we have the main act, the one and only Enter Shikari! The band know how to build the anticipation. Every minute until the band hit the stage, the speakers gave an announcement notifying the audience of how long until show time, and with each announcement came a rapturous applause. The band start with ‘The Appeal’, a slow track that builds, but like a wave it grew and grew into ‘The Mindsweep’, during which frontman Rou jumped into the crowd, orchestrating the audience, spitting bars back and forth – it was a powerful moment. The momentum throughout the show never fell – the band and the crowd were like two boxers, but both with the endurance to match. This show was an onslaught of energy and passion and the crowd sung back Rou’s lyrics with the same venom, to the beat that carried them; the band and the crowd were as one.

Interestingly, since I hadn’t seen Enter Shikari in so long, and unlike some bands who unfortunately are overshadowed by certain material, forever at the mercy of their fans, only one song from Take To The Skies and one from Common Dreads was performed. I find it quite remarkable how the band kept the audience in the palm of their hands throughout, relying predominantly on their more recent material. It shows the band’s growth and is a testament to what I see before me tonight: this sea of people who keep them hungry and inspired. Excellent. 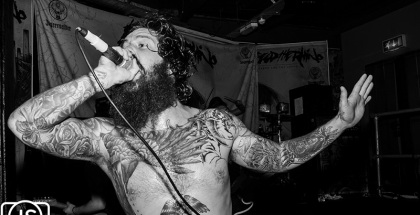