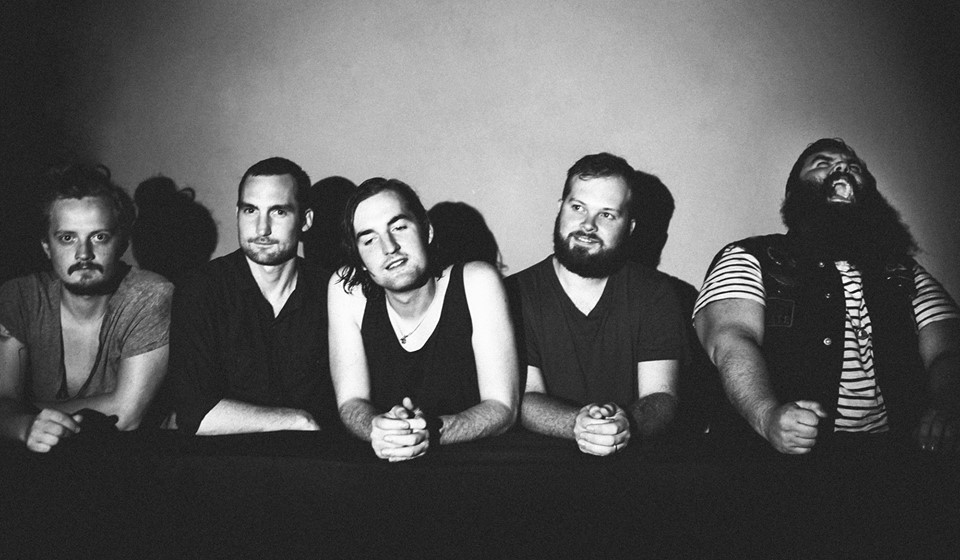 The Apache Relay. We are rock n roll based out of Nashville TN. We met and formed at Belmont University in 2009. The band initially formed as a fully acoustic/Americana band and has since gone through several different musical incarnations bringing us to where we are now: a rock band.

I think our sound branches off into many genres, but if I had to choose one that I think is most representative of most of what we do I would say, ‘rock n roll’. Within the group there are myriad of different influences….some of our favorite bands/era’s of music to listen to collectively are: My Morning Jacket, Wilco, The Beatles, and 60s Motown.

We have released three full-length records. Regarding the discography, it’s hard for me to say which record I would prefer over another because I’m so ‘inside’ of it. I will say I’m proud of the fact that we haven’t tried to make the same record twice; we’ve intentionally pushed ourselves from record to record to change things up.

Our live show has gone through several different evolutions….in this current stage I think most people that come out to the shows would say that we are a rock n roll band. There’s been so many fun tours, but some of my favorites that come to mind are: Gentleman of the Road Stopovers (Summer 2012), The Wild Feathers tour (Fall 2014), The Weeks UK tour (Winter 2015).

I think what makes our sound unique is that fact that our musical influences are all across the board…on any given day in the van, one person could be listening to an ambient band, the other listening to a metal band, and the next person listening to the Beatles. I’m not sure what it is that draws fans to the music, I hope it’s because they enjoy the songs and instrumentation, but at the end of the day music is a very personal experience and every one has their own unique reason for being drawn to the band.

Pandora’s box is open…..streaming/downloading/acquiring music for free is just the way it is now. Honestly, at this point, if someone discovers your music through one of those platforms and feels compelled to come out to see your live show, that’s a victory. My most preferred method of listening to music is via vinyl, there’s an intentionality (and sonic quality) to it that makes for a wonderful experience.

I’ve been enjoying Tweedy ‘Sukierae’, Spoon ‘They Want My Soul’, and Grouper ‘Ruins’.

The obvious answer I suppose, continue making records and touring….but more than that, just want to make music that makes people feel something.

Questions answered by: Michael Ford Jr of The Apache Relay…