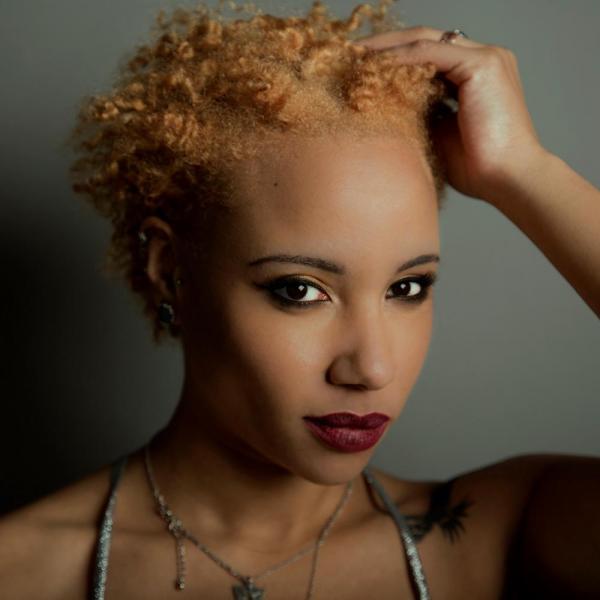 In 2012 she released her excellent debut album Devil In Me on Decca, home to Diana Krall, Tori Amos and Jamie Cullum. Her experimental new EP Black & White, released in February 2015, heads in a different direction with more electronic influences than her previous music.

At this Friday Tonic performance in the Front Room open space of the QEH, Natalie was supported by talented guitarist Chris McDonald. Gentle and graceful ‘Ripples’, a hypnotic and bitter-sweet song, opened the set whilst tragic ‘Plastic’ told of an emotional relationship that had failed.

Enigmatic ‘Black & White’ explored ideas about passion, looking at the depths and extremes of love together with its different shades and colours. Highly personal ‘Elysium’ was both upbeat and unsettling and the dark, beautiful and intense encore ‘Sky Is Falling’ ended Natalie’s intimate and atmospheric set.

Natalie once said: “I guess my music has an element of soul and songwriting, but also melody and misery”, but there are fine tales of hope and optimism which contrast with those about pain and heartbreak. She continues to write powerful music and sings in her own original, soft, moody and bluesy style. Natalie describes herself as “definitely a welcome grim-reaper” in the world of music. If we’re lucky we’ll continue to be haunted and tormented by her gritty and authentic songs well into the distant future.