Punchy, luxurious and cool are just some of the words that are conjured up after listening to ‘Wild In City’, an electronic pop tune packed with attitude-ridden lyrics, (Destroy everyone I know”), daunting synths and impending drum claps which makes up the body of the song.

While hints of oriental inflections incorporated into the audio stratosphere, adds an organic feel to the sound. Behind the single is Wisht Hounds, a new London based group deemed by themselves as alternative pop. Led by the likes of Ella Edmondson, who is no stranger to the music scene having dabbled in the folk genre in the past, she even had the opportunity to release a debut in the year of 2009.

However, now taking a new direction and creative approach towards her musical endeavours, ‘Wild In City’ is just a small, but substantial taster of what more the group have to offer in 2015.

'Wild In City’ is just a small, but substantial taster of what more the group have to offer in 2015. 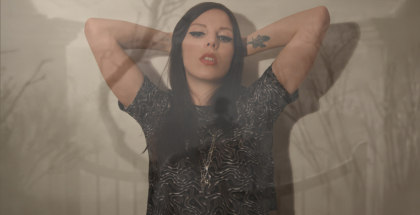