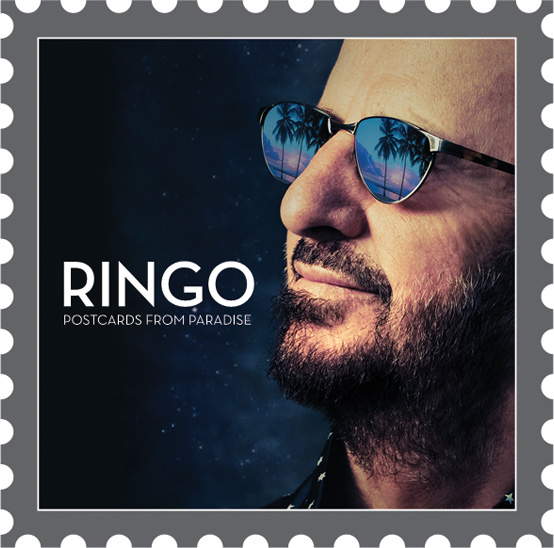 Ringo Starr, musician, actor and producer, achieved international fame as drummer for The Beatles. As the world’s most well known musical time-keeper he invented the title ‘A Hard Day’s Night’ and wrote the idiosyncratic ‘Octopus’s Garden’ . It was a legendary time of “peace and love”.

Ringo produced and recorded this 18th solo studio album, Postcards From Paradise, at his home studio in Los Angeles. It was released on March 30th, 2015 via Universal.

Ringo celebrates his pre-Beatles band in ‘Rory And The Hurricanes’, a retrospective look at his early years between Liverpool and Soho. This was the band that made him a star in Liverpool whilst the other three Beatles were still unknown. The warm and charming ‘Postcards From Paradise’ bizarrely adds lyrics and titles from old Beatles songs and ‘Not Looking Back’, a string ballad, is a homely love song to Ringo’s wife Barbara Bach. Likeable ‘Let Love Lead’ swings and rocks at the end of the album.

Ringo reminisces like a cheerful and friendly elder statesmen of music, merging blues, reggae and rock ’n’ roll. He doesn’t seem to have changed very much. His earthy music is still fun, open and easy-going and his cheeky, curious sayings called ‘Ringoisms’ are still around. He always liked Beethoven, “especially his poems”.

Later this year Sir Paul McCartney will induct Ringo Starr into the Rock And Roll Hall Of Fame in Cleveland, Ohio. Receiving the Award for Musical Excellence, Ringo will be the last member of The Beatles to be honoured in this way.

SAM LEE – The Fade In Time 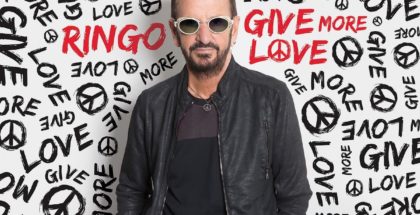