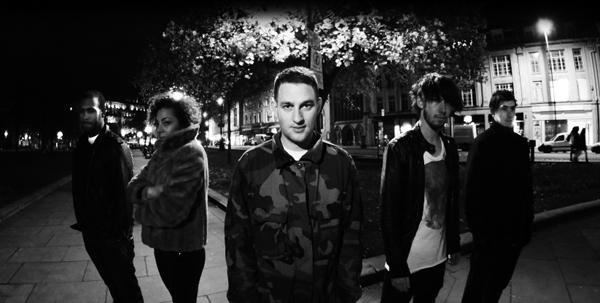 We are Dr Meaker, a group of musicians who are all from or have moved to Bristol. Some of us met at uni studying creative music technology and some have joined the crew along the way. We found together through word of mouth and in a natural way. We are a combination of musicians from lots of different musical backgrounds.

Music inspires music and we are all into the same and different things. I come from a dance / rave background but also appreciate jazz, soul, reggae, ambient, rock… Whatever! We’re all music lovers and are an open-minded bunch really.

We’ve played Glastonbury festival six years in a row. We’ve played across the UK and Europe and on top of a Swiss Mountain. We released our debut album to critical acclaim (A Lesson From The Speaker). Our last four singles have been playlisted on BBC 1Xtra and Radio 1. We’ve played two Maida Vale live Lounge sessions for Trevor Nelson and Mistajam. Our live lounge version of Adele’s ‘Skyfall’ featured on the number 1 UK selling album BBC’s Live Lounge 2014.  Our music has been featured on television and film. I have worked with some of my studio heroes in making my music. I have programmed patches for Roland’s brand-new analogue synthesiser range, which is one of my most exciting achievements to date, as I’m a synth geek.

Favourite gigs so far: Our tour of the Alps was incredible and also when we headlined at the Colours of Ostrava Festival and of course Glastonbury.

We’ve been playing as a live act for a good few years now and have supported loads of acts, including:

I think it’s that they connect to the soul in the music and I think other musicians and producers respect the production quality and uniqueness of our sound. It’s homemade which makes it unique, like anything made in this way.

I listen to all of the above. I don’t think streaming pays nearly enough money to the artists. It should be a lot more: like, 1p per play seems fair to me.

I love Kwabs but am not alone in that discovery. It’s always exciting when you discover an artist before the mainstream, especially when you know how big they will go. I also love IYES and in particular a track called ‘Simmer’.

I’d like to get our next album finished and then tour the world with it. After that, start work on the next album and also to do a bit of production on other artists’ projects and to do some more remixing. But album first!