CALLAGHAN – A History Of Now 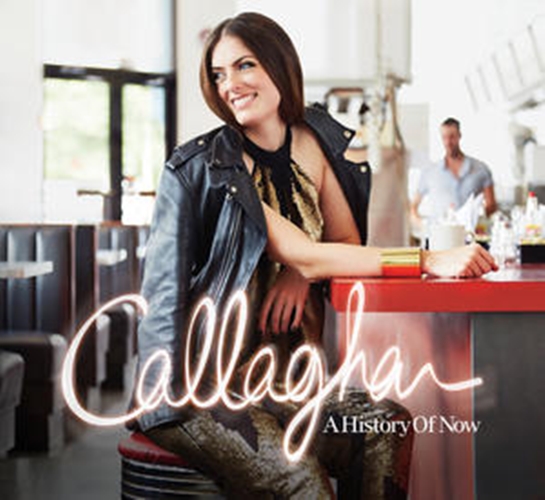 Talented British singer songwriter Callaghan moved from London to the USA in 2010. She’s extensively toured 46 states and is known for her 2012 album Life in Full Colour, produced by Grammy nominated artist Shawn Mullins. Her influences include Johnny Cash and James Taylor and her voice is sometimes compared with Shania Twain, KT Tunstall and Sarah McLachlan.

Now back in the UK, her second album A History Of Now was released on 12th April, 2015 on Green Town Music. It was recorded in Nashville, Tennessee.

Bright and breezy ‘Crazy Beautiful Life’ bounces into the album with the fun and optimism that one might find on a warm summers day at an open air festival. It’s followed by the catchy and intimate ‘Who Would I Be’. There’s also ‘I’ll Take You Away’, a melancholic love song, and the cheerful and easily hummable ‘Best Year’. Dreamy ‘When You Loved Me’ is deeply romantic, whilst ‘We Don’t Have to Change the World’ finishes the album with sensitivity and thoughtfulness.

Callaghan has been played often on BBC Radio 2 by Bob Harris and appeared in his BBC 4 documentary. Unfortunately, it could be that there’s just not enough to inspire committed country and Americana fans to like some of the dark, emotional and introspective numbers.

However, to be fair, some of the songs on the album are exceptionally good. They’re meaningful ballads that are rich, beautiful, delightful and a pleasure to listen to. Callaghan says: “We are all, right now, writing a story which will one day fascinate someone”. She’s probably right. If this album isn’t quite the breakthrough she’s hoping for, the next one probably will be.

Meaningful ballads that are rich, beautiful, delightful and a pleasure to listen to.

THE BASTARD SONS – Release The Hounds