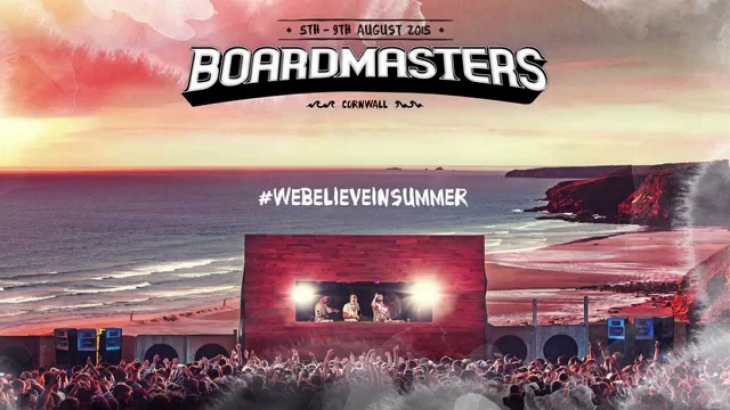 One of the UK’s largest and most exciting summer festivals, Boardmasters is set to kick off in less than a fortnight. Host to prestigious surf and skate contests and some of the best acts in music the Boardmasters festival brings together extreme sports and music for four days of crashing waves, sandy beaches and an eclectic wave of entertainment. Additionally, 2015’s roaster holds host to some of rock and rolls most surf inspired music acts that will undoubtedly bring together the two cultures like no other. With events taking place between Newquay and Watergate Bay, Boardmasters is set to bring coast of Cornwall to life.

Kristen Bell of The Wytches is perhaps one of the greatest songwriters of our generation, rivalling song writing legends such as Elliot Smith. Add to this the ferocity of Nirvana with the psychedelic surf rock tendencies of The Cramps and you’re barely doing The Wytches justice. Following the success of their menacing debut Anabel Dreamreader in 2014 they have established themselves as one of the leading UK punk rock acts and with their brand of murky lo-fi, psychedelic surf rock, they are sure to make an exciting addition to the Boardmasters line-up.

Following the release of their critically acclaimed self titled debut, Drenge have rapidly become one of the highest regarded and must see acts of recent times. Perfectly combining blues hooks with grunge rock intensity they are a must see for any festival goer. 2015’s Undertow was equally well received, maintaining the gritty and brooding angst of earlier releases but perhaps in a more focussed yet darker setting. A fan of their anarchic live sets, I would not recommend missing them this summer.

One of the best live acts I personally have seen in recent years, there tends to be a thrilling sense of danger and ferociousness in their live performances. Taking a more blues inspired turn for 2014’s Blood yet still firmly rooted in punk, Pulled Apart By Horses have moved from strength to strength fearlessly forcing other rock and roll acts to step up their game. Verging on the line of hardcore their live set is sure to be a skull shaking, brutal and unforgettable experience.

If there’s any band that knows how to make a crowd groove, it’s Faithless. An eclectic variety of sounds Faithless are prolific throughout a number of genres from trance, electronic, house, R&B and soul. Icons of the 90s dance scene, I’m itching to hear classics ‘Got is a DJ’ and ‘Insomnia’. Plan ahead…You ain’t gonna get no sleep on Friday night at Boardmasters.

Four-piece indie sensation Bastille are sure to bring your summer to life with feel good hits ‘Pompeii’ and ‘The Things We Lost in the Fire’ which can only be heightened by the settings of Fistral Beach and Watergate Bay at Boardmasters Festival. Surely to be an uplifting experience and an intrinsic close to the festivities at Boardmasters, their joyous, fist pumping anthems are not to be missed. Believe in Summer.

Click here for more and info. and final tickets… 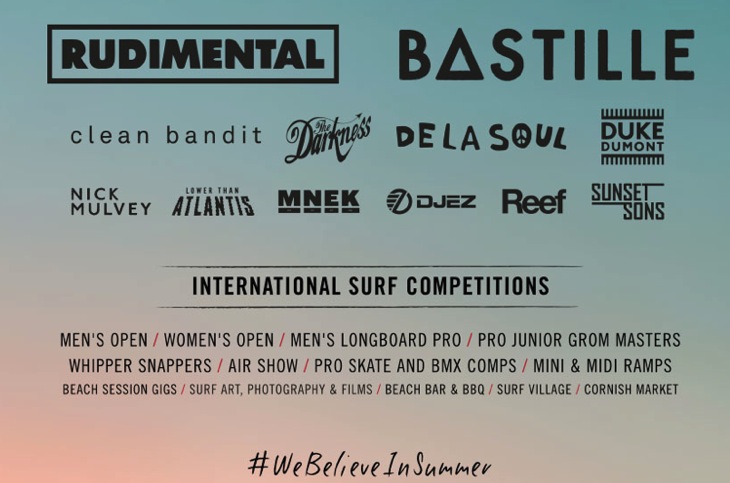