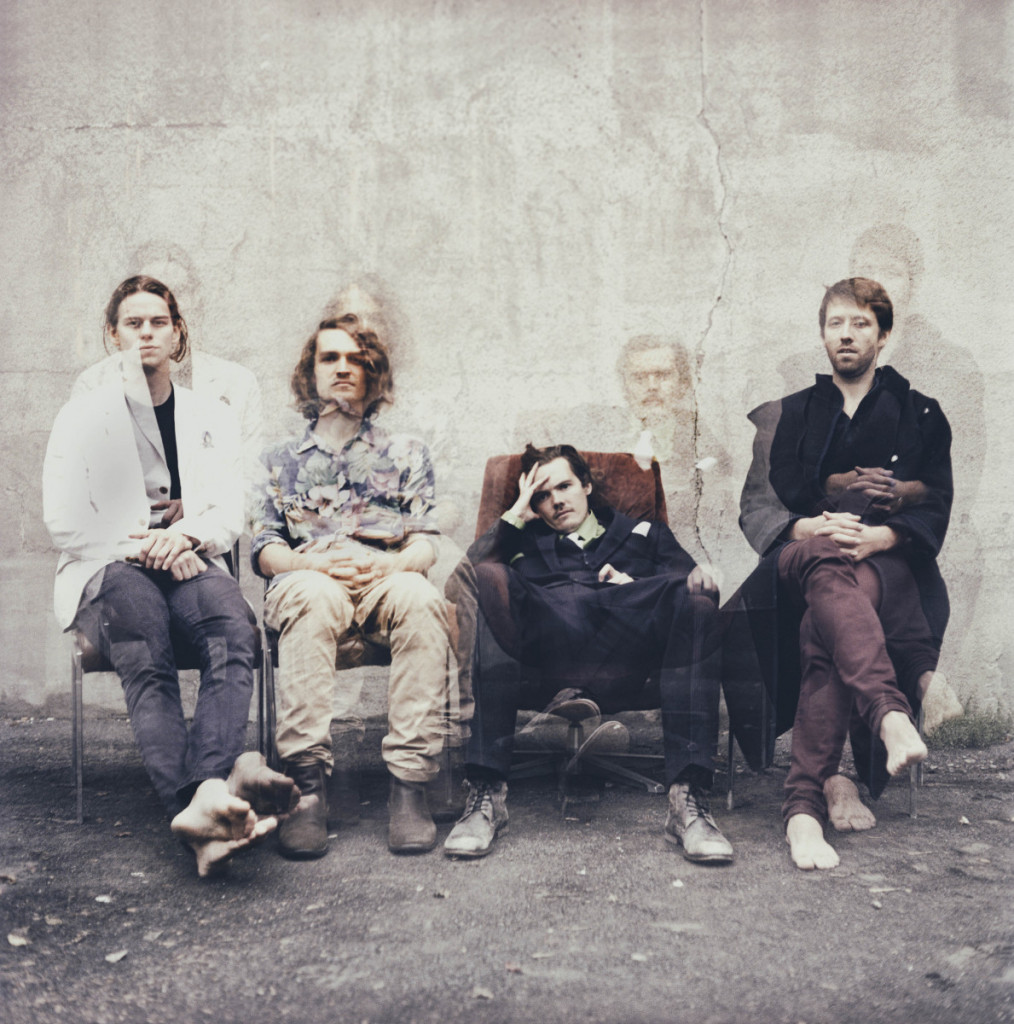 As the brightest half-moon shone over East London (I kid you not), I headed over to Oslo for a show I’ve been waiting for, for quite some time.

Half Moon Run are a four-piece indie band from Montreal. Their sound is influenced by an array of genres and their multi-instrumental set up makes for a rich experience. The band’s 2012 album, Dark Eyes, brought a considerable amount of critical acclaim and lead to a worldwide tour in 2013, along with a number of festival dates including the mother itself, Glastonbury. Now on a European tour promoting the release of their sophomore album, the first of three London dates was at Oslo Hackney on Monday 21st September, and I was ecstatic to finally see them live.

Fellow Canadians The Franklin Electric graced the stage first to limber up the audience.  The alternative folk-pop band embodied the sensitive side of Half Moon Run. It was a solid performance but I didn’t find them as quite as stimulating as their successor.

Half Moon Run landed on stage with dramatic lighting and a hitting percussive instrumental. We were introduced to some new material: ‘Turn Your Love’ and ‘Figure It Out’, followed by two of my favourite Dark Eyes tracks: ‘Nerve’ and ‘Unofferable’. Their lightly harmonised vocals and sophisticated guitar lines effortlessly captured the unanimous crowd.

After another few charming tracks from their forthcoming sophomore album, ‘Sun Leads Me On’, which is due for release on 23rd October, the four brought the venue alive with the second single from Dark Eyes, ‘Call Me In The Afternoon’. It is one of their more pop-influenced tracks and judging by the number of “backing vocalists” in the audience (myself included), it is a clear favourite.

Throughout the set the band displayed innate musical skill, interchanging between instruments and nailing vocal harmonies. The four-piece were unified on stage, although there was little direct communication between them. You could tell the set was carefully planned and well-rehearsed, and this certainly paid off.  Boldly influenced by Radiohead, and subtly inspired by Bob Dylan, Fleet Foxes and James Blake, every song has its own twist and the variation kept the crowd on their toes.

‘Drug You’ is my absolute favourite Half Moon Run track, so I was thrilled that it was included in the show. Every time I hear it I find myself lost in the continual guitar motif and Portielje’s faultless falsetto. It has almost psychedelic qualities.

Following on from this we heard four more tracks from Sun Leads Me On: ‘Everybody Wants’, title track ‘Sun Leads Me On’, ‘The Debt’ and ‘Consider Yourself’. All interesting and varying from their debut album. I’m intrigued to listen to the record in its entirety, as I think it will bring something fresh to our Half Moon Run palate. The crowd were delighted with the performance, expressed through rapturous applause as the band departed.

They were encouraged back to the stage and graced us with their first single from Sun Leads Me On, ‘Trust’. Considerably influenced by electronica with a mellifluous and touching chorus, Portielje’s vocals sounded almost Bono-esq. Tying the encore up nicely, the four performed their debut single ‘Full Circle’. Released in 2012, it received significant attention from BBC Radio 1 and remains their only UK charting single to date. I can happily say I will never get bored of this rhythmically beautiful track.

My only critique is that more than half the songs in the set were unreleased. I really enjoyed them, but they didn’t evoke the same emotional memory that tracks from Dark Eyes do for me. Having said that, I’m really looking forward to purchasing and digesting the new album, and I hope it brings me as much enjoyment as Dark Eyes has.