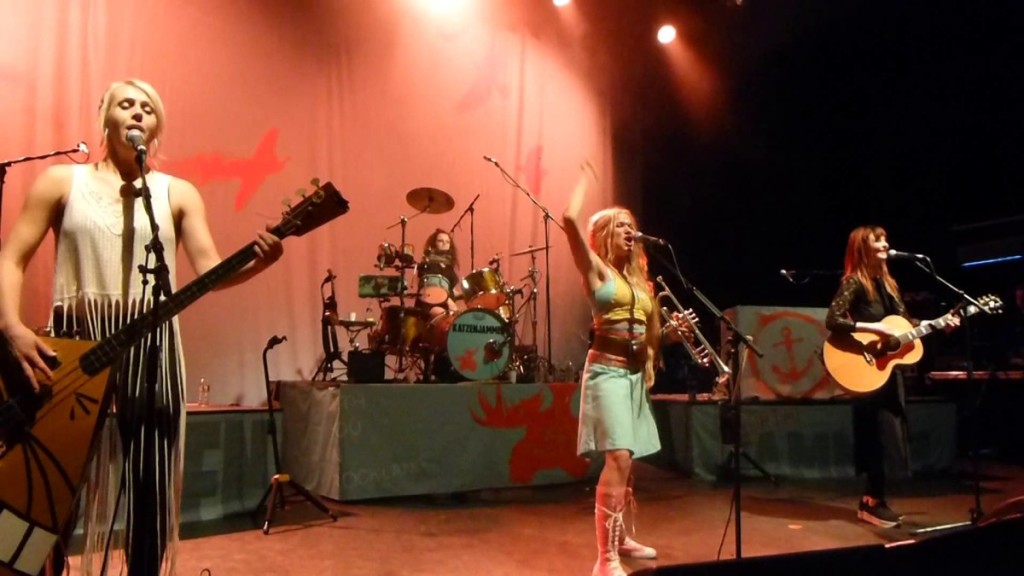 At this Shepherds Bush Empire evening they celebrated their tenth anniversary since meeting at a music school in Oslo and impressively played at least twenty different instruments, fusing rock, blues, country and Balkan folk, all four jubilantly taking their turn with lead vocals whilst chaotically swapping instruments.

From their second album A Kiss Before You Go the band began with a Celtic feel, the jolly and magical ‘Rock-Paper-Scissors’ followed by ‘God’s Great Dust Storm’, fierce, edgy and turbulent.

Mostly songs came from that inventive and versatile album Rockland. The catchy ‘Bad Girl’, quite intoxicating, contrasted with mellow and soulful ‘Lady Grey’, written by Marianne Sveen about an alzheimer patient she met while working as a nurse. Upbeat ‘My Own Tune’ bounced infectiously, followed by the polished blues ‘Driving After You’ and merry melody ‘My Dear’. Gospel flavoured ‘Old De Spain’ evolved into a wild bluegrass sea shanty, whilst vibrant ‘Flash In The Dark’ was cute, funky fun.

There’s a charming and seductive character to their curious songs and it’s difficult to compare them with other artists. There isn’t anyone else quite like them. 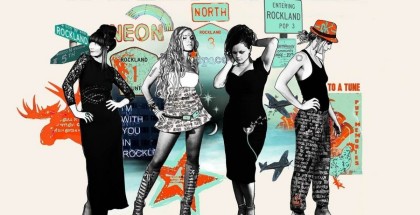