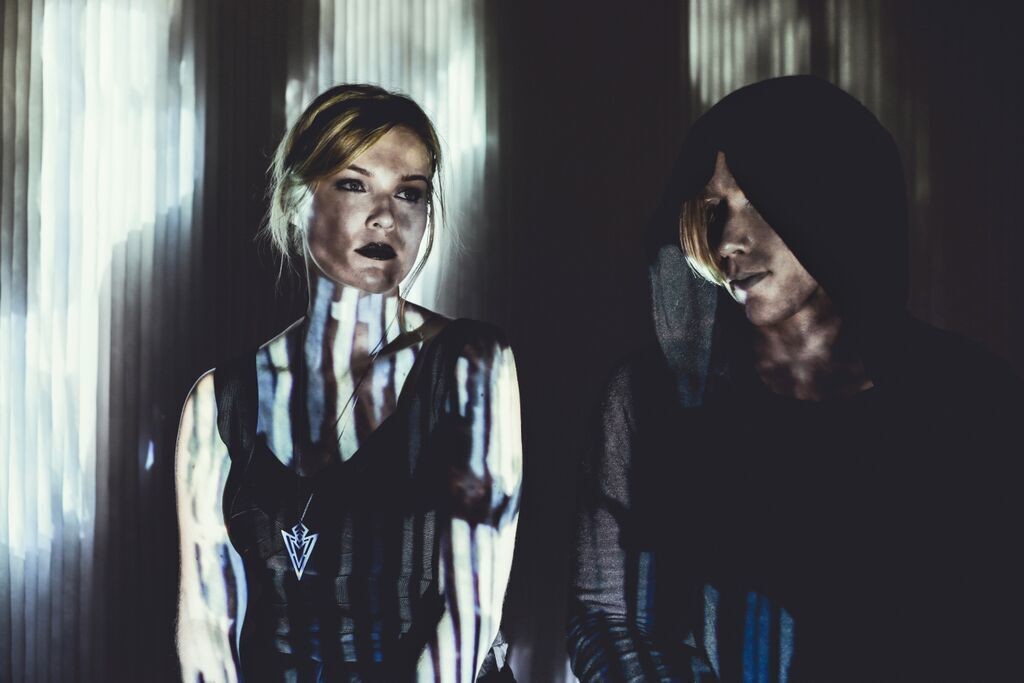 We are from outer space and we met in a distant galaxy far far away…okay, not quite but that would be awesome. We’re just two people, introduced to each other by a mutual friend who said: “I just have a feeling that you would have a lot to talk about together.” And he was right. Hanna used to study jazz, but found it a bit restricting creatively. What she loves most is ‘putting complex feelings and realities and stories into forms that can be accessed through different layers and lenses…and also just playing around with weird stuff that feels good, and something that only makes sense afterwards, and food (I could eat all day) and making bad jokes with and about my friends’. She’s a soulful singer, a pocket poet, a new media artist, a songmaker, a kitchen psychologist and philosopher, creative tech enthusiast, a wannabe astronaut shamaness and in her own words “someone who’s not really talented at anything, just really good at having fun and pretending”. Tommi, on the other hand, is a music producer / media artist who navigates in the realm of computers, programming, electronics and weird sounds. He’s also possessed with a very bad sense of humour and a love for playing music and electronics like a kid in a candy store. We both love eating, coffee, the rave scene and disco hippies. So it happens that we make a good match.

We love to pick influences from all around and weave something unique out of that. We are really into electronica, dramatic movie soundtracks, hip-hop, pop, techno and jazz. Then we also love to get inspired by coffeemakers, the electro-magnetic sounds in space and our surroundings (we just bought an electro magnetic mic that is pretty friggin’ rad), the ending serenades of bakery ovens, fortress island ghost sounds, ferry ticket machines, the sound of cracking ice with different items, storms and police horses; not to mention our collection of flea market vinyls from all over the world. Hanna’s writing inspirations include lyricists and poets such as Leonard Cohen, Rumi, Patti Smith, Charles Bukowski, Oscar Wilde, Emily Dickinson, Arthur Rimbaud, E.E. Cummings and Pablo Neruda. We’re also really inspired by art, creative tech, movies, documentaries and theatre. We’ve done a soundtrack and some voice-overs for a short art film called “Pink Smoke” that won prizes in 2015 at some indie film festivals, we’ve done an interactive installation for the Finnish National Gallery’s Sibelius Jubilee Exhibition and in the future we’d love to make more movies and collaborate within the things we’re really passionate about. I think a lot of our music and art is cross-over, cross-genre; and one could say that it’s pretty unique in a sense that it combines influences from all the aforementioned things.

We released our first EP in early 2012. Since then we’ve been focusing on getting a full-length album together and have released singles and remixes every now and then. Of course The xx posting our song Scars to their fans was a magical moment for us, Kisses getting the attention of BBC1 and The Guardian, and playing live shows at Venice Biennale, Electric Picnic and Berghain. These are some of the highlights of what we’ve done so far and it has been an awesome ride to say the least!

Phantom shows are fully immersive audio-visual experiences. It’s been a playground for us as well as the music itself, and represents the world we live in our heads. On stage there is Hanna singing and Tommi playing a set of electronic instruments including his self-made ultrasonic instrument The UFO Controller, which takes a lot of inspiration from the classic Theremin. He uses his dramatic hand gestures in the air to control the flow of the music. In some shows we are fully surrounded by transparent projection screens in a dimly lit stage setting, and on others the screens are located at our back (and/or front) in 3 dimensions. The visuals that are projected on the screens are created on the fly with a couple of special softwares, such as Z Vector (which was originally made for our Scars music video), which uses depth (Kinect) cameras to capture our 3D models as we perform. It has elements of science fiction, media art and modern theatre definitely – but without being tacky.

We have supported bands such as SOHN, Bonobo, and El Perro Del Mar. Our favourite tour so far was in Germany in 2015 supporting the lovely Karin Park.

The things we feel proud of are our way of doing music and art, being uniquely us, and having something to say. This is something that we’ve been learning more and more while making our album and it’s been a hell of a lesson; a weird fight of clashing egos, of people outside and inside, and what that can do to genuine creativity. We don’t want to follow any specific currents, but make something timeless and something that sounds like us. We mix elements of what we’re passionate about, we care about being honest and we create a mixture of organic and electronic sound design, cinematic grandeur, soulful vocals, deep-cutting lyrics, media art and geeky thinking incorporated with wanting to save the world. I think the music and the message resonate with people from all backgrounds and deliver a place of comfort in these strange times we live in.

Streaming seems to definitely be the way of the future and that’s how we consume most of the music we listen to. But vinyls are very significant for us too: who doesn’t love them? Their large cover art makes them beautiful, tangible; playing music from a vinyl is like a sacred ritual to us.

I can’t wait for the new David Bowie album Blackstar. The singles have been amazing so far…

Jamie xx – In Colour (one of my favourite albums of 2015)
Gazelle Twin – Unflesh
NASA’s space sound recordings
Kiiara
Hudson Mohawke
Nicolas Jaar
Mariah Carey
Grimes
I haven’t listened that much to Adele or Florence + The Machine yet, but most likely will.

We’re now working on the album concept which will feature some new and rad stuff neither of us have never done before, so that’s very exciting. We’ll put the album out in some way early this year (2016). We’ll definitely plan and build some new instruments. Hopefully we’ll go on a tour and have great shows all around the world. We’ll put the second album together too. And then build the concept for it. We love that stuff. We research our minds and outer worlds. We’ll make some new music videos with weird technologies. We hope we could have a show in space. And make projects with film makers, game studios and all kinds of artists. And we hope to win the lottery too.