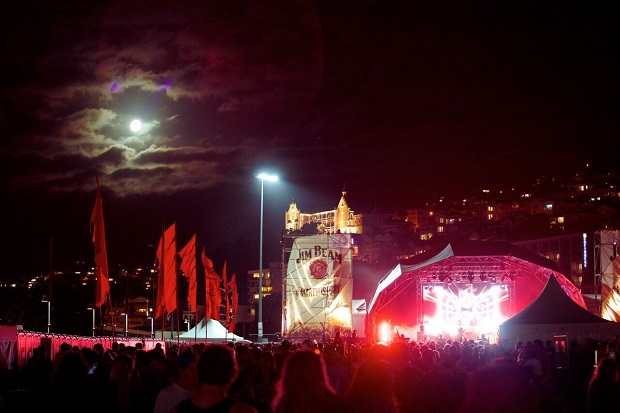 Iconic Kiwi music festival, Jim Beam Homegrown is only a few weeks away! On April 2nd the entire Wellington Waterfront will transform into Kiwi music’s biggest party and with 6 stages and 48 of New Zealand’s finest acts there really is something for everyone.

A festival in its own right, the Dub and Roots stage will host a truly epic line-up. Headlining the stage are the mighty Shapeshifter with Kora, David Dallas, The Black Seeds featuring alongside feel-good favourites, Katchafire, Sons of Zion, AHoriBuzz, DJ Sir-Vere and Sunshine Soundsystem.

The Rock stage will showcase the full spectrum of Kiwi Rock. Leading the charge are Devilskin, Blacklistt and I Am Giant with Villainy and break out act City of Souls. Sludge metal slayers Beastwars and Kiwi legends, The Datsuns and The Feelers will also make their much awaited return to the TSB Bank Arena.

The Urban stage kicks off in style with Maala, Jaime McDell and Avalanche City. Home Brew will bring the shenanigans before P Money transitions into hip hop, soul queen Ladi6. Savage will let the freaks out before Stan Walker closes it out with his impressive full live show.

This year the Lab Stage is being transformed into an open-air area for soaking up some seriously awesome sounds.  Anika Moa makes her Homegrown debut and will be joined on stage by Tiki Taane. There’s a selection of crowd favourites, with Jason Kerrison, Sola Rosa Sound System, Team Dynamite and Donell Lewis featuring Wrd Up. Tom Scott’s Average Rap Band and the incredibly talented Beau Monga will also make their first Homegrown appearances.

The Lipton Ice Tea stage delivers world class drum and bass with State of Mind and Trei featuring MC’s Thomas Oliver, Tali and Tiki.  New-comers Cymbol 303 and This Pale Fire will kick things off in the dance tent with George FM legends Dan Aux, Dick Johnson and mash-up masters The Beat Mafia laying it down through the middle of the day. The Peacekeepers will be up for a good-old-fashioned battle as they go head to head with glitch hop maestro K+Lab.

Topping off the day the Locally Sourced stage once again hosts an impressive collection of local talent that has grown to include Lord Echo, Troy Kingi, Dugtrio, Toblerone Sessions, BT and the Vibes, LadyFruit and Tyson Smith. There are plenty of gems here that are well worth checking out.

Jim Beam Homegrown 2016 will be huge! This is one festival that always sells out tickets and more information are available from www.homegrown.net.nz  Don’t miss out! 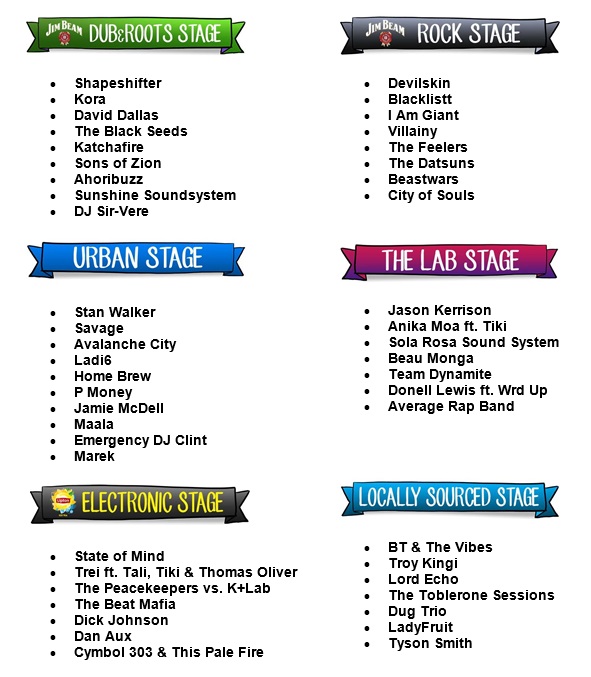