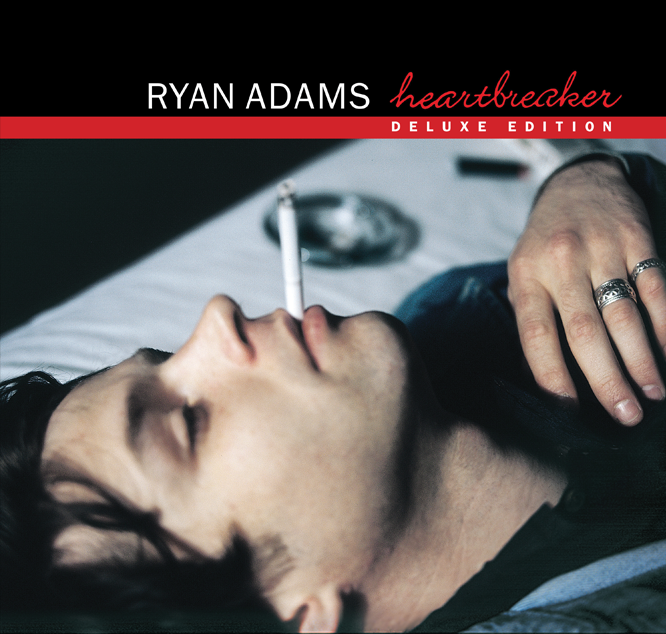 Ryan Adams, the prolific American singer-songwriter, musician and producer, is well known for his extensive solo career and his former work with alternative country band Whiskeytown.

A deluxe reissue of his critically acclaimed 2000 debut solo album Heartbreaker was released on May 6th, 2016 via Pax-Am. It features the original fifteen tracks remastered, together with twenty out-takes and demos combined with a booklet of rare and new photos with liner notes from producer Ethan Johns. It’s available as a four 180 gram LP vinyl box set, a two CD edition, and a 35-track digital download.

The vinyl and CD editions come with a DVD of unreleased material from Ryan Adams solo acoustic concert at New York’s Mercury Lounge in October 2000, the first show at which he did a live cover of ‘Wonderwall’ by Oasis. Also previously unreleased are out-takes of ‘To Be Young (Is To be Sad, Is To Be High)’, ‘Oh My Sweet Carolina’, an early version of  ‘When The Rope Gets Tight’ and the French bonus track ‘Goodbye Honey’.

Heartbreaker was originally recorded over fourteen days at Woodland Studios in Nashville, Tennessee and nominated for the Shortlist Music Prize. It wasn’t universally praised, but is now regarded by many country enthusiasts as a classic and influential album that’s open, loose, elegant and intimate. The deluxe edition is probably an essential item for any committed Ryan Adams fan.

Heartbreaker is now regarded by many country enthusiasts as a classic and influential album that's open, loose, elegant and intimate.