They say you never forget your first time… and by the gods, I will always remember Common People Oxford 2016. Bit of a mouthful, mind!

So, our long time good buddies who brought us the likes of the mighty Bestival, the almost as mighty Camp Bestival and the nearly as mighty, but just ahead in mightiness Common People Southampton….. Push the proverbial boat out, with a shiny, brand new endeavour which is the above mentioned CP Oxford. For the first time in cosmic history, a major festival big hitter had seen the potential which until now has laid silent in the grassy heart of old Oxford, and hath bestowed upon us a wicked good 2 day music and food and disco shed monster, so good that they will be coming back at’cha next year.

Now, this is not my first rodeo, me and the team are seasoned in the arts and know all there is to know about doing the festivalling type stuff…. so we got our gear and headed down Oxford way. Not such a big ask, ‘cos I live 5 minutes from the event- happy me… and happy photographer buddies who also crashed at mine. Anyway, we get to the park, get our passes, get through security… all very smoothly (even the surrounding roads were blockage free), we head to the near empty bar and get a nice cold one- as today, the sun is bustin’.

We meet our old-time Bestival crew mates, and head out to photograph the new things, and grab a beer. The stages and goings’ ons start just before mid day on Saturday, warming up with some Oxford local types, before getting into things good and proper.

The event area is well laid out, there is plenty going on all over, but time has been taken to fit in all without making things look like they have been shoe horned into place. There is also a very good VIP section, again plenty of VIP space, VIP bar and VIP places to sit down, and by the looks of things there are a lot of VIPs… I crashed it. Food is all around us, as are tasty treats and vast amounts of tipples and beverages. It is festival prices, but it is a festival and it is Oxford, so prices aren’t too bad at all.

The main stage gathers even more pace with Katy B bouncing around and getting people off dem arses. Then follows The Sugarhill Gang who have the same effect, but these types are banging out 80’s hip hop beats proper and even a few thumping covers from back in the day.

We’re all waiting on flashy, new romantic dandy’s and bitty synth pop lords Duran Duran to burst forth…. and flip me, they did!!! A mega on stage cinema, theatre action, flames and stuff as well as every chart topper from the hit parade (from the 80s) was pelted out, and sounded amazing. Them old wrinkly granddad types in their leather garb sure do know how to do the singing and instruments. Very impressed.

Then we left, dropped off out gear and headed into Oxford for drinks with out festival pals – good to see you ‘orrible lot. Until next year, same place, same torn jeans. 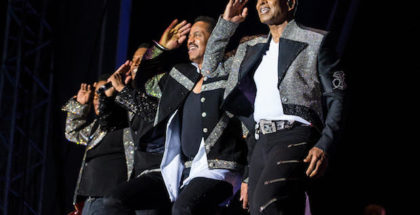 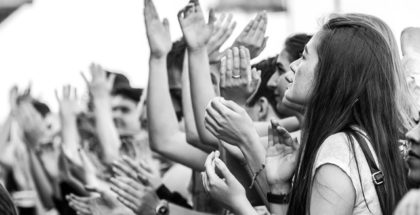