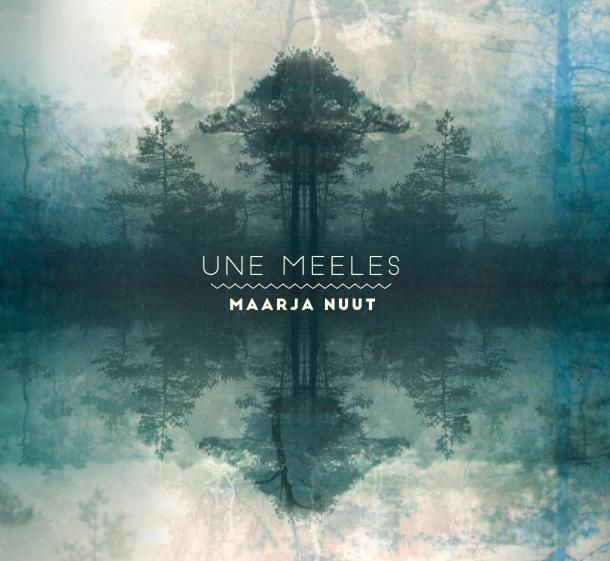 The bewitching and captivating artist Maarja Nuut, a violinist and singer from Rakvere, Estonia, lives in a small town near the Baltic coast where she merges Estonian folk with contemporary classical music to create hypnotic and psychedelic sounds. Her charming 2013 debut album Soolo received much praise from fans internationally and she’s toured extensively in the United States, Canada and Europe.

Her innovative second album, Une meeles (In the Hold of a Dream ), released on 3rd June, 2016, has a moody and mysterious feel and leads “listeners into an ambient, looping electronic retelling of the village musical traditions of pre-war Europe”. It was written and recorded in 2015 in a woodland studio in Tallinn, near Maarja’s home, and talented producer and engineer Kaur Kenk mastered her work.

The dramatic and enchanting ‘Kargus’ was inspired by the desolation of snow she found in spacious glacial landscapes. The song, also adapted to reflect the atmosphere of an African desert, was influenced by a collaborative project with Tuareg musician Alhousseini Anivolla. In rhythmic ‘Eeva & Maarja labajalg’ energetic Estonian fiddler Eeva Talsi was invited to take part in a song based on the region’s traditional dance rhythms.

Haunting industrial sounds with a sense of danger can be found in ‘Kiik Tahab Kindaid’ . These were taken from experimental field recordings where the droning sound of cell phone tower cables became the focus and were combined with Maarja’s  futuristic vocals. These are minimalistic sounds with an intensely unsettling and menacing feel. In contrast, the calm and beautiful ‘Siidisulis Linnukene’,  influenced by Maarja’s classical Indian music studies, is fresh and exotic.

In Hold Of A Dream, Maarja combines vocals, violin and electronics to weave ancient songs that are deeply imaginative and often feature magical creatures who live in forests. They’re sometimes peaceful, but often spiral and twirl in a compulsive and frenzied way. Curiously, this trance like, unearthly music is also spontaneous and very accessible. You may feel it sounds very different from anything you’ve ever heard before.

In Hold Of A Dream, Maarja combines vocals, violin and electronics to weave ancient songs that are deeply imaginative and often feature magical creatures who live in forests.