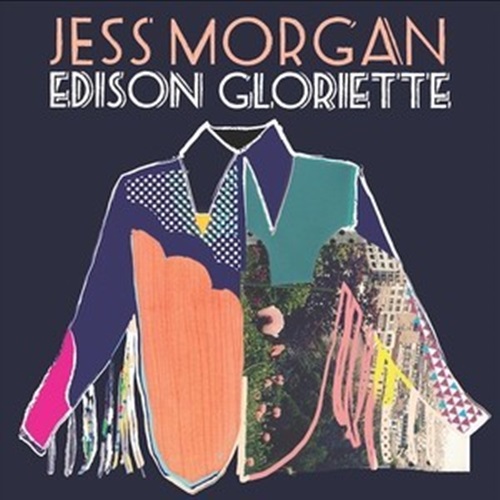 The fresh and cerebral Norwich based singer-songwriter Jess Morgan is a gifted storyteller who’s been repeatedly successful in crowd-funding for her previous albums, She’s been compared with Julie Byrne and Jessica Pratt and was nominated as ‘2014 Female vocalist of the year’ by FATEA.

Her fourth full length album Edison Gloriette is due for release on 21st October 2016 on the Norwegian record label Drabant Music. It’s a distinctive collection of 11 simple, rhythmical and heartfelt songs.

For the recording Jess returned to Bergen in Norway to join friends from her 2010 debut album, producer HP Gunderson and producer and studio engineer Daniel Birkeland. Here she found that a quiet cabin with an incredible backdrop of the fjords was ideal for inspiration. Returning to Norfolk Jess then included friends Stephen MacLachlan (percussion) and Ben Savage and Hannah Sanders (backing vocals).

‘The Longest Arm’ intimately merges harmonica with acoustic guitar whilst thoughtful ‘Don’t Meet Your Heroes’ warns of the dangers of temptation. Colourful ‘Hymn in the Morning’ reflects on “the morning after the night before” when it becomes clear that you can’t party as hard as you used to and passionate ‘Skate While You’re Skinny’ talks of making the best of life whilst “there’s a long, long time to cruise”.

Jess Morgan inventively merges contemporary rootsy folk with blues, country and Americana and has been variously described as bold, wild and sensitive. She writes clever lyrics and, as a keen observer of love, life, people and places, her understated songs have warmth, beauty and confidence.

Bingo and Music: Is Silence Golden?