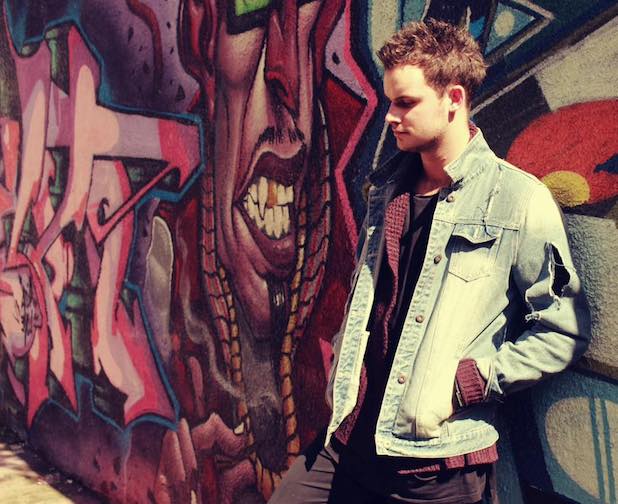 I’m David Mark Bulley, a 24-year-old singer-songwriter from London. I moved to London from Liverpool to study music when I was 18.

I was inspired when my brother was in a pop punk band. I’m still trying to find my sound – Prologue was a tester but with this new album I’m experimenting with the music I listen to such as pop-rock, indie, country. I enjoy many artists but I tend to take influences from my life. I don’t write songs because I like the sound of someone else’s work, I gain inspiration from my life experiences.

I released an EP A Thousand Bonfires at the start of my career. I’ve done a lot of work in Poland including performing at the Young Stars Festival in Warsaw Arena and I’ve toured in the UK with various artists. I released my debut album Prologue in June, and now I’m about to embark on a UK and European tour on my own for the first time then releasing my second album next year.

I enjoy mixing things up live, I never sing a song the same twice. I always want my fans to expect the unexpected. I’ve just come off tour with Sylwia Przybysz which was so much fun, and I’m about to perform on the Odetchnij Tour with Jeremi and Artur Sikorski. One of my favourite tours was the Young Stars on Tour at the start of 2016. They were big shows and an absolute blessing to do.

What makes me different is that I’m very honest and open about what I do. If something annoys me, people know it. I don’t care about chart positions, as long as I’m proud of my work and that my fans can relate. I don’t write to fit in with the mainstream industry, I just write, release and say what I want to say.

All my stuff is downloaded on my phone but I love the physical side as I grew up with it. I was determined to sell physical copies of Prologue when it was released as a lot of people still enjoy having an actual CD. Spotify and iTunes are great for those artists who are topping the charts but for someone starting out, it’s very daunting and difficult. I know it’s not about making money but it would be nice to get something back but with streaming it’s hard.

I’ve been listening to Demi Lovato’s new album, Don’t Tell Me You Love Me, and I’m also obsessed with The Gabbie Show’s first single. I also enjoy listening to my friends’ music, including Lejon.

I would love to be able to expand my music further afield, to include more of Europe, and maybe even America one day. I will be releasing my new album next year and I just want to be able to continue developing as an artist, whilst enjoying and loving what I do.