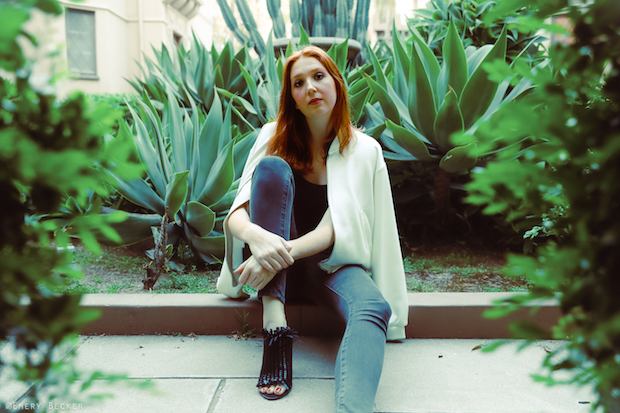 My name is Jenna Kalista and I am a vocal pop artist based in LA. I have been singing since I was little, but I have been studying voice for 15 years. I actually studied classical voice at USC before switching to the pop world.

I’ve always been a musician and have always known that I wanted to be a professional musician. I started out studying classical music and during college I realized it wasn’t really the genre for me, so I integrated myself into the pop scene at USC. From there I started writing more often, collaborating with people and I found that I everything I write is mostly in the pop genre. So it happened pretty organically.

I just released my first single, ‘Phoenix’, in July and I am so proud of that release. It’s the first thing I have really put out into the world that was really me and made by me. A lot of the stuff I’ve done in the past was classical singing or singing with friends so it was never MY music. Releasing my own music was really scary but I’ve had a great response and it’s inspired me to do more!

I think my music is very relatable. ‘Phoenix’ is about rising above whatever circumstance you are in whether it’s a relationship, societal, political…There is a lot going on in the world right now and I wanted ‘Phoenix’ to be an anthem to those who needed a little inspiration to help overcome whatever it is they are dealing with.

I am a huge streaming fan. As an artist, it is an amazing way to get your music heard by more people. It’s accessible, easy and in some cases free. Right now, all I want is for as many people to hear my music as possible and Spotify/Apple Music makes that possible. As a consumer, I also love it. I discover new music every day!

I’ve been listening to a lot of female musicians recently. Julia Michaels (whose new album is absolute fire), Ella Vos, Betty Who, MUNA, Lauren Ruth Ward… Basically anything that will get my inspired to write!

I am currently working on some new music so I will be releasing some stuff hopefully by the end of the year/beginning of next year!