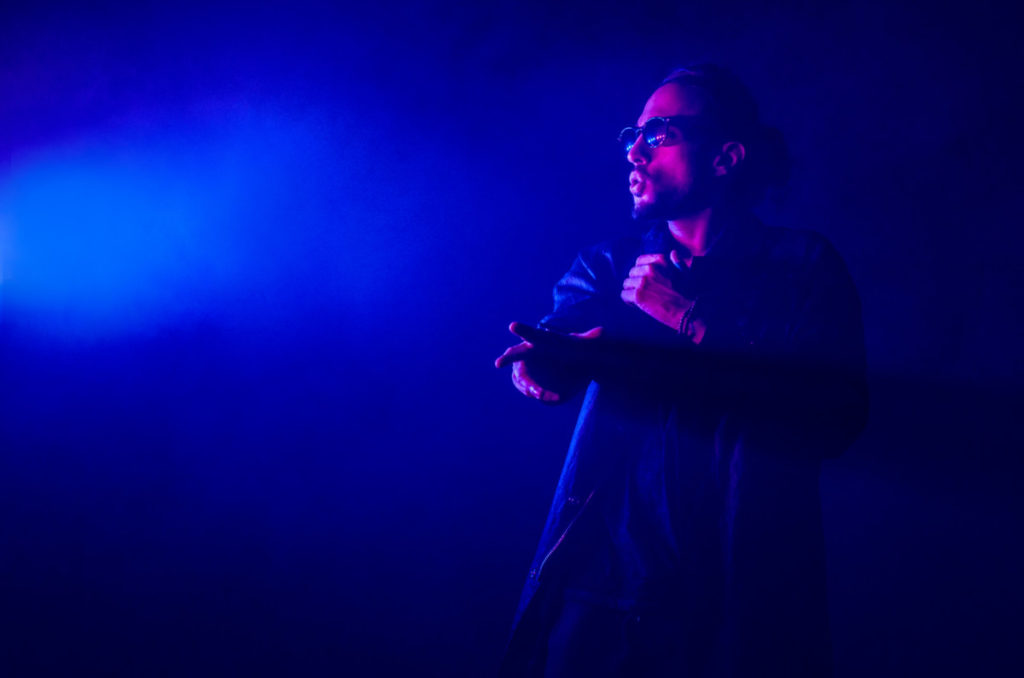 I’m Neel Dani, an independent musician, artist, producer, composer/songwriter and multi-instrumentalist from Toronto (Canada). I’ve been involved with music for as long as I can remember and released my debut EP Better Late Than Never last November, after graduating from York University (Toronto) with a degree in Classical Guitar and World Music Performance and a MA in Ethnomusicology.

I’m influenced by anything and everything I hear, and over the years have tried to absorb as much as I can while staying true to who I am as a musician to develop a sound that’s “me” regardless of genre. I listen to literally everything but some of my major influences include Prince, Chris Cornell, Jack White, Stevie Wonder and Pharrell Williams.

Releasing my debut EP Better Late Than Never on November 10th last year was huge for me. I made those songs when I was 19 (I just turned 27…time flies), and have so many more so it’s awesome to finally start getting them out. Influenced by the late and great Prince’s independent approach, the EP was produced, arranged, composed, and performed entirely by yours truly. I played over 15 instruments (and my mom’s toaster oven) on the EP’s 3 tracks, spending up to 14 hours in the studio at a time, and was fortunate to work with L. Stu Young, award-winning engineer to Prince himself. We went old school, recording real instruments/audio, and used no MIDI…its all real, and its all me.

I also started my YouTube channel this year and the response has been great. I actually released a new video on November 6th. It’s a five-song mashup cover of “Unforgettable” by French Montana feat. Swae Lee [below].

I love performing live, no matter the size or venue. I’ve performed all around Toronto independently, with bands and even as a session musician, especially in the world music scene. I’ve also done some live-looping performances, hybrid DJ sets and a few radio/TV performances over the last year, but have been focusing mostly on writing and recording to get more songs out early next year.

My music blends, spans and moves between genres so it can be hard to categorize, but I feel that’s one of the things that makes it different. For example, I used a balafon (West African xylophone) on my EP’s first song “Don’t Worry”, and a South Indian reptile-skin drum called a kanjira in the reggae-fusion breakdown of the third track, “Changes”. Listeners are exposed to new or unfamiliar sounds, and I’ve been told that my music inspires people to check out genres, instruments and artists they didn’t hear of or consider listening to before.

I like iTunes, or any service where I actually own my music, but owning physical copies (CD and vinyl) would be my favourite. I released my EP on physical CDs as well as online, and also had them mastered for vinyl for a limited edition release in the future. I’ve always loved having a physical component to the music, something that makes it more tangible. I still buy CDs and like going through the liner notes, song writing and production credits. I also love listening to albums from start to finish (especially while I’m driving). On the other hand, streaming is really convenient and has made both making and buying music more affordable and accessible, so that’s cool.

I listened to “Unforgettable” by French Montana feat. Swae Lee, as well as “I Wanna Love You” by Akon, “Temperature” by Sean Paul, “Wicked Games” by The Weeknd and “Night Call” by Steve Aoki feat. Migos & Lil Yachty quite a bit while putting my five-song mashup together. I’ve also been listening to the Gorillaz’ Humanz album, Harry Styles’ and Charlie Puth’s latest singles, AFI’s The Blood Album, Steve Aoki’s latest remixes and lots more.

My ultimate goal is to keep making the highest quality music I can while continuing to build my following so I have more people to share it with. For now the plan is to keep recording with the goal of releasing more original material in the New Year. I’m going to release a single in January, February and March, and eventually follow them up with a full album. I’ll still be putting out mashup and cover videos, but am going to take a different approach with them next year. If you’d like to find out more, check out my YouTube channel or get in touch over social media @neeldanimusic, I’d love to hear from you. Thanks to AAA Music and Clive for the feature, as well as to all the readers for taking the time to check this out.

How Music Affects Our Moods