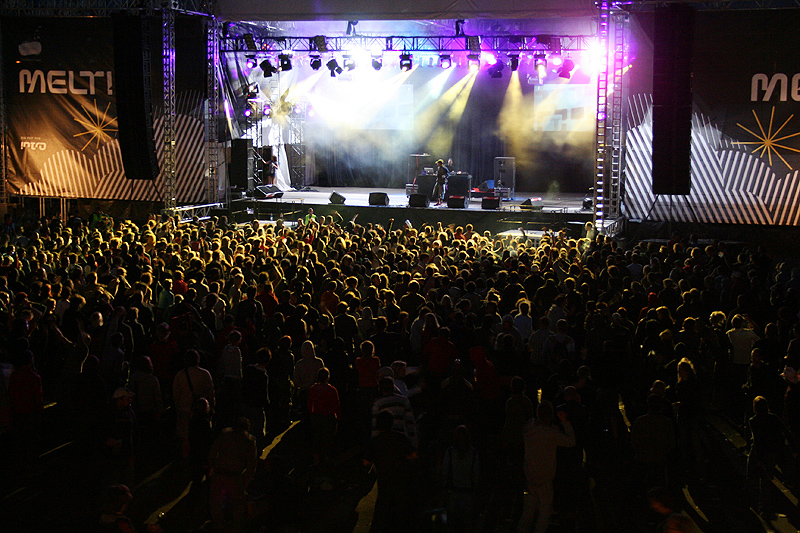 We know it’s still winter, especially in Berlin, where the winter has thus far been particularly bleak, but can you fault us for thinking about – nay, dreaming about (!) – the summer? I don’t think you can. Folks in Berlin are already discussing what summer festival to go and much of the talk always comes down to a shortlist of three events: Melt!, Fusion and Nation of Gondwana. Although there are similarities between all three, in that they all cater for the house and techno loving Berlin inhabitants, each one has a slightly different appeal. Join us as we break down each one…

Located a short distance from Berlin, Melt! Festival is the most commercial of the three, featuring internationally recognised artists, yet managing to strike the perfect balance between mainstream and alternative. Situated beside a stunning late in a site complete with massive industrial machinery, the Ferropolis is one of the best – if not THE best – festival location AAA has ever encountered. This year’s edition features the likes of Florence + The Machine, The xx, Tyler, The Creator, Odeza, Fever Ray, Parcels, Faka, Moses Sumney, The Internet and Badbadnotgood. What a lineup! Plus, there is the “forest”, run by the Sisyphos guys, who are responsible for Berlin’s greatest club. Melt! 2018 runs from the 13th to the 15th of July. Head to their website for more info. And read our review about the 2015 edition featuring none other than Kylie Minogue here.

One of the most famous electronic music and “countercultural” events in Europe, Fusion Festival is one of the coolest festivals around, and one everyone in Berlin is always talking about. It takes place a bit further out of Berlin than Melt!, at a former military airport called Müritz Airpark in northeastern Germany. In terms of vibe, it gets compared to Burning Man and the capacity can reach upwards of 70,000! As well as music, there is a range of art installations, workshops like yoga and meditation, crafts, and – of course – food. This year’s event takes place from 27th June to 1st July. Click here for more info. about tickets.

Nation of Gondwana is reportedly run by the same guys as Fusion and is meant to act as Fusion’s smaller, edgier little brother. Located on the outskirts of Berlin, this event plays out more like a weekend-long party, full of hedonism and featuring some of the hippest house and techno DJs around. Despite being much more low-key than Melt! and Fusion, tickets are extremely hard to come by. Ticket releases and distribution seems to be on a need-to-know basis and it’s potluck if you ever actually manage to secure a ticket via their website – it might as well be an online casino. But if mainstream music (Melt!) or massive rave crowds (Fusion) aren’t your bag, then the relative intimacy of this summer party could be the one for you! It’s so mysterious than info. about the 2018 edition has yet to be revealed!