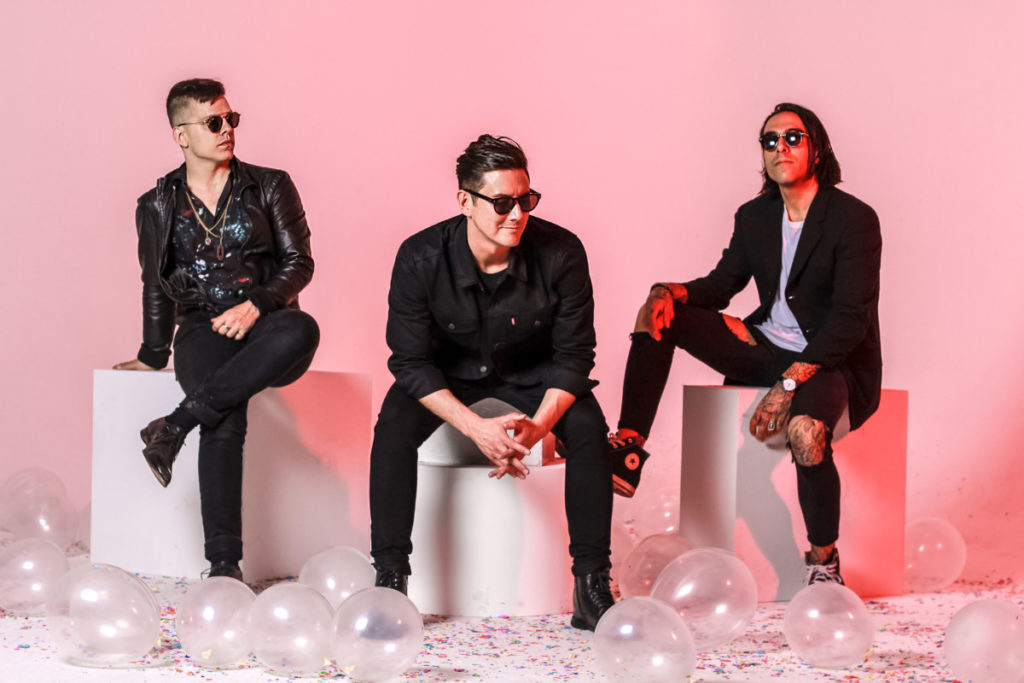 The Eiffels. We’re a Los Angeles based indie rock band. I met the guys through mutual friends in L.A. We got together right before our first tour.

The simplicity of punk rock inspired me to believe I could make music, and the fun of pop music keeps me doing it.

We just had the opportunity to play the Vans Warped Tour, which was a lot of fun. Our new single, “Body Like That” is featured in the new Rock Band 4 video game. We’ve had our music featured in some television shows as well (MTV’s Are You The One?, The Only Way is Essex).

Our 1st EP was the 15th most added record on U.S. college radio, and we’ve had some support from major radio stations like Los Angeles’ KROQ and KLOS, and San Diego’s 91X and Z90.

We give everything at our live show. We’re pouring sweat after the set. Our U.S. tour was a great time and really tightened us up musically and personally. Our recent spot on the Vans Warped Tour was also a blast. Our first show was at The Casbah in San Diego performing with White Arrows.

Our production is modern, but our love of classic rock and pop comes through in the substance, and visual.

Currently I’m listening to most of my music on Spotify. I miss going to the record store and buying albums, and listening to them over and over. But the upside is I listen more music now than I ever did by far. It gives us the opportunity to give things a chance that we probably wouldn’t have in the past.

I’ve been going back to some old classics like The Clash recently.

Better, bigger, and much more.

Questions answered by: Sean Ulbs of the The Eiffels…