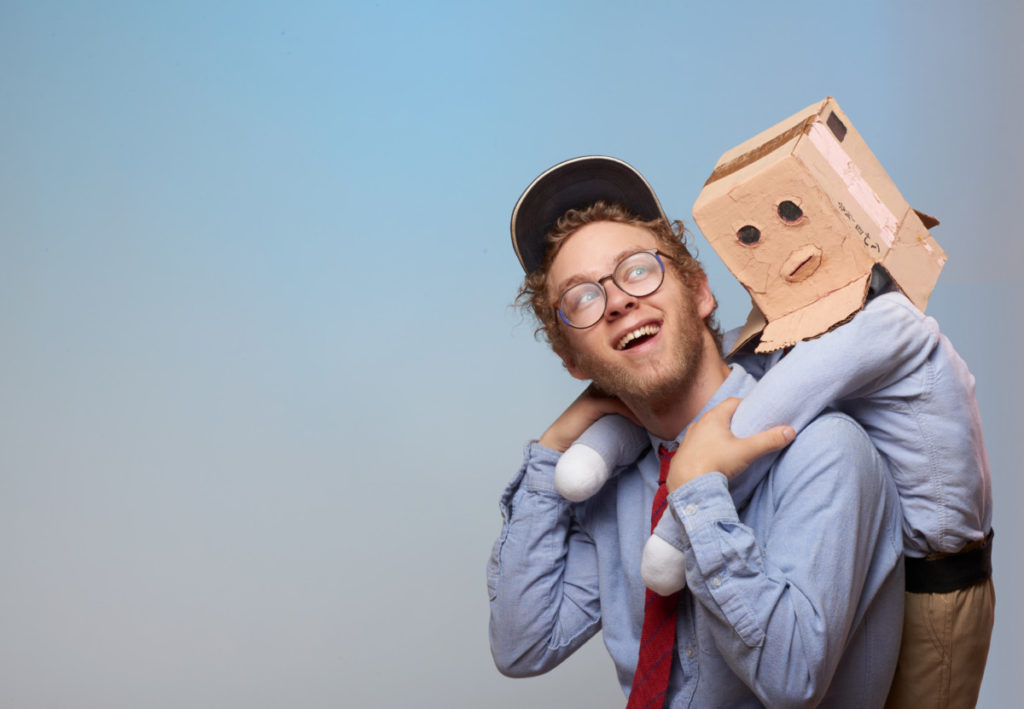 Name of Nate Die (aka SPISH). I’m a songwriter and producer based out of Pittsburgh, PA, US. At the beginning of 2018, I organised a small orchestra to perform my work. The group is comprised of inventors, designers, editors and artists. Each individual is sophisticated in their own respect. Since then, we’ve branched into a multimedia approach when marketing our work. Accompanying the music are video shorts, interactive shows, and unique online experiences.

I wrote a book once, but reading isn’t always accessible. Music is the peak form of communication, so I squeezed the chapters into albums.

SPISH was awarded America’s Next Top Model unofficially in 2018. Although the band does not agree with the decision, we have accepted the award.

It’s very theatrical, I’m told. A lot of folks have said we should be playing in theatres. I’ve never been immersed much in theatre culture, but I do love the idea of the “show.” We want people to hold something they can’t find anywhere else.

We’ve been fortunate enough to support The Garden, The Nude Party, Vundabar, The Radio Dept, and Jack Stauber.

No one can fit us into a genre. That same feedback has been consistent. “SPISH sounds like SPISH,” they say. The lyrics get pretty dark though, and a lot of detail is forced into the idea of being lost or found. I’ve made anything from indie pop to avant jazz to music specifically for birds and dogs. Birds and dogs like the same music.

I use Spotify or Bandcamp mostly, but I keep my favourite albums on vinyl or cassette. Personally, I like the freedom streaming services give to artists. Royalties are low, but that won’t change until a lot of other things change first. Spotify recently made a submission form for playlists though, so that’s a step in the right direction.

Caroline Rose has been stuck in my pocket all summer. Just spent some time with her recently. She’s a role model for upcoming musicians and certainly someone to keep an eye on.

I wanna have a final show when I’m 80. Seating is limited to 100,000 and tickets are extremely expensive. My band is made of wolves, a choir, and people with tiny hammers hitting small glasses of water. There’s maybe 400 glasses of water. On the final note of the show, the wolves howl and I’m hoisted from a suspension line up to the balcony. My red nose falls off somewhere in the crowd. I walk out the front door and go home to take a bath. Next to the bath is a toaster. I kick the toaster in and die in 4 minutes. The money from the show is used to send a special letter to everyone in the world.