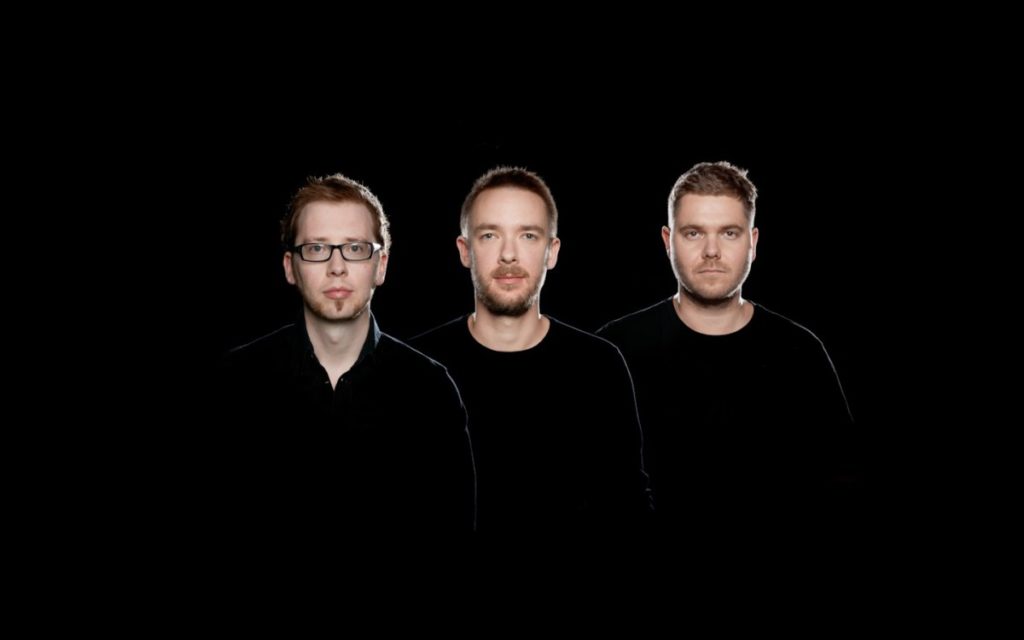 “the Radiohead of British jazz” – Line of Best Fit

The tour follows on from their sold-out show at The Roundhouse in February and barn-storming sets at BBC Biggest Weekend and Festival Number 6 earlier this year. It will feature music from their latest Blue Note Records release, the internationally acclaimed ‘A Humdrum Star’ (9 Feb 2018).

GoGo Penguin’s music has been described as acoustic-electronica, but they draw equally on rock, jazz and minimalism, game soundtracks and glitchy-electronica to create their unique music. It’s music for the heart, head and feet that has seen them described as “the Radiohead of British jazz” by Line of Best Fit and saw their album ‘v2.0’ (Gondwana Records) named a Mercury Prize album in 2014 alongside albums from Damon Albarn and Young Fathers.

In 2015 they signed to Blue Note Records and released the album ‘Man Made Object’ in 2016. More recently they have been touring their own score to Godfrey Reggio’s cult film Koyaanisqatsi, as well selling out shows worldwide. Support comes from singer-songwriter Andreya Triana who has collaborated with the likes of Flying Lotus, Mr. Scruff and Bonobo.

GoGo Penguin are Chris Illingworth on piano, Nick Blacka on bass and Rob Turner on drums.

How to Earn Money by Teaching Music Online