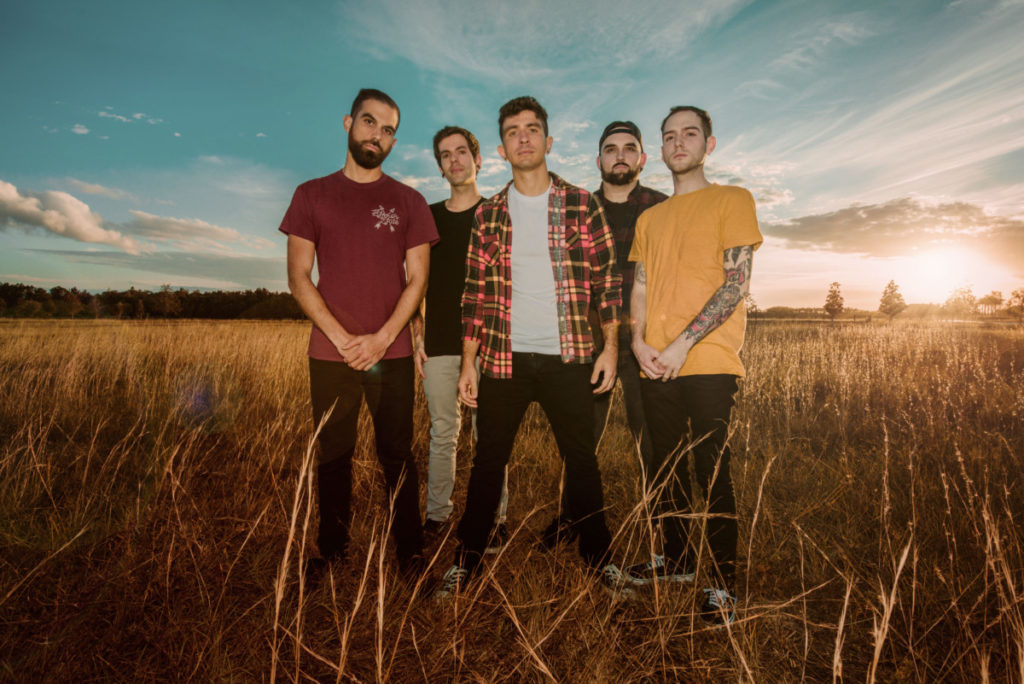 We are FELICITY, a Hard Rock/Pop Punk band from Orlando, Florida USA. I started the band with our signer Damien in the Summer of 2013. We were both looking to start a band. Damien was playing shows in a 90s alternative cover band, singing covers of Pearl Jam, Nirvana and Stone Temple Pilots at bars all over Central Florida. I had just graduated from Grad School and was new to the area but wanted to start an original rock band. We had both posted ads on Craigslist that we were trying to start a band. We met up in his parents garage and jammed a couple of cover songs, I think “Machinehead” by Bush was the first song we every played together. We started practicing a few days a week and started writing music. After a couple of months we were like, “I think we have something here…”, so we started looking for more members to join the band, and I guess the rest is history!

When Damien and I started jamming together the first band we both really connected on was the band Finch. Both of us drew heavy inspiration from their album What it is to Burn. We also drew a lot of our early inspiration from early 2000s rock, I would say the whole “Warped Tour” scene. Bands like A Day to Remember, Senses Fail, Taking Back Sunday, Silverstein and Coheed and Cambria to name a few.

Oh man, that’s a good question! We got to play Vans Warped Tour in 2014 and 2016, which was an absolute dream come true for us. We also got to do the Warped Rewind At Sea, which was a Vans Warped Tour on a cruise ship… that was absolutely INSANE! Waking up every day on a cruise ship and getting to share the stage with Good Charlotte, Story of the Year, Mayday Parade… you had to pinch us! We also are so surprised that we get merch orders from countries all over the world. Every time we have to mail an order to Estonia or Italy, it’s truly humbling.

We pride ourselves on our live show. We try to make every single show as energetic and memorable as possible. A lot of times we’re spending 6+ hours in a car all day, so our live show is the only exercise we get, so we try to make the most of it! We have a USA tour coming up with Calling All Captains in March, so we are eager to get out in the wilderness!

We all have very eclectic taste in music. We all have a very diverse musical background, so we feel we have been able to draw a little from everything we grew up listening to. We have some songs that are heavier and more on the metal side, straight forward rock songs, and pop punk songs. We try not to pigeon-hole ourselves into just one genre. We feel this helps us be accessible to lots of different music fans…. We have a little bit of everything for everyone! No country songs yet though..

We pretty much exclusively stream music, however we love collecting albums whether it be CD or Vinyl. We know that there needs to be some sort of reform in the artist payouts for streaming. It’s something crazy like 100k plays = one album sale. If a lot of touring artists are going to survive they need to start paying artists more for their stream counts.

We’ve been listening a lot to Trash Boat, Seaway, Beartooth, Ice Nine Kills, Bring Me The Horizon and Walk The Moon lately.

We are releasing our new album Old Habits on Feb. 15th! We are so excited for this, we haven’t released an album since 2016, so this is a LONG TIME coming! After that we are hitting the road with Calling All Captains in March! Then you can be on the lookout for new music videos, more touring, new merch, and lots more we can’t spill the beans on yet! Thanks so much for having us! And we hope you get a chance to check out Old Habits!

The Impact of Music in Online Gaming