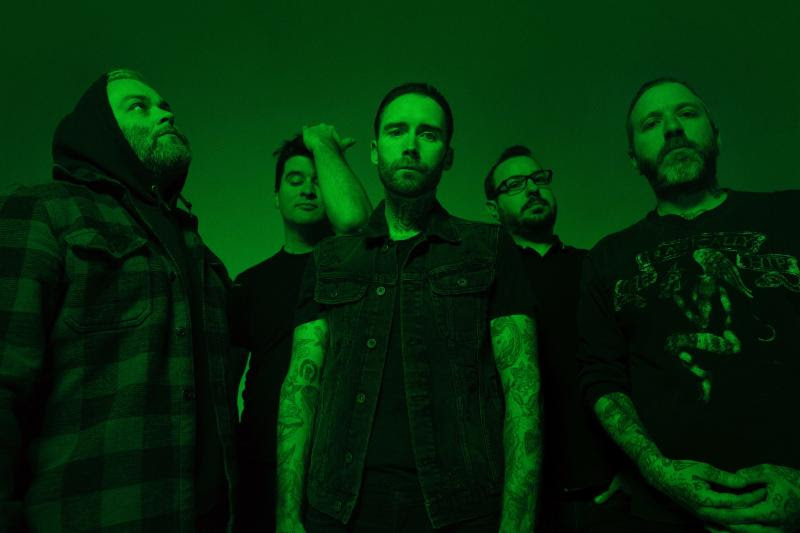 A special vinyl pressing is available for pre-order today as a single-sided 7” vinyl with a laser-etched b-side. A limited edition glow-in-the-dark variant will be randomly inserted throughout the entire pressing of black vinyl stock. Along with the 7”, AOF will have new “Familiar Drugs” inspired merchandise on their official storefront HERE.

Talking about the new track, vocalist George Pettit explains, “‘Familiar Drugs’ is about recognising you need to make a change in your life, being presented with the opportunity to make that change, and then choosing to do the same thing you always do. It’s about something very specific to me but it can be taken literally or interpreted in any number of ways. Most people have something in their lives they can’t quit, substances, unhealthy relationships, lethargy, self righteousness, a job they hate. ‘Familiar Drugs’ is about choosing comfort over self betterment.”

Alexisonfire also announced four special headline shows this June in London, New York, Los Angeles, and Toronto. Tickets for all show dates went on sale Friday 22nd February at 10am (local time). $1/£1 from each ticket sold (for all shows) will be donated to Indspire, a Canadian-based Indigenous-led registered charity that invests in the education of Indigenous people for the long term benefit of these individuals, their families and communities.