Cardio Drumming: Know it All 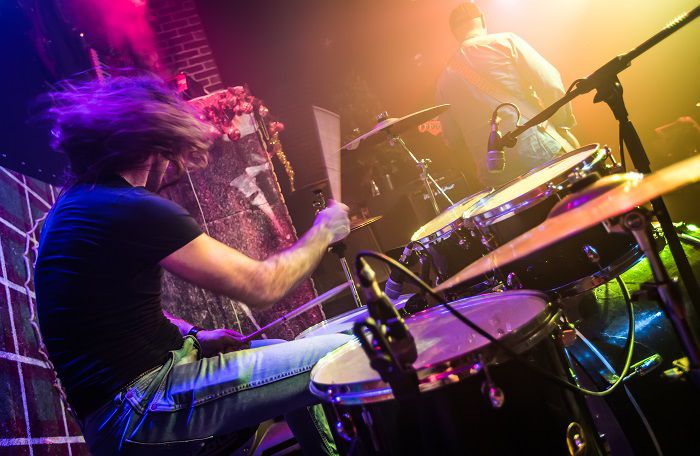 Any drummer will tell you that what they do is a workout as much as it is an expression of art and creativity. When you’re playing drums, you’re basically putting your entire body to use and you’re operating at a high speed.

It gets your blood pumping, it gets your hard racing and it builds up a lot of strength in your arms, legs and core. Other instruments require strength in their own way, but none of them come close to the level of conditioning that playing drums will build in you.

And that’s why in the last couple of years, a new fitness trend has started to develop from this very idea. Cardio drumming is here and it’s one of the very few ways to exercise both your creativity and your conditioning all in the one activity.

When you see people actually practicing this exercise, it does look a little strange and it kind of looks a bit more like a performance than anything else, but that’s the beauty of it, that’s what’s so fun about cardio drumming.

Going to the gym and lifting weights or running on a treadmill for the sole purpose of exercise is great and everything, but a lot of people might not feel quite so fulfilled by that. For those who intense exercise doesn’t resonate quite as much with, this could be an option.

If you want to get the full benefit, you need to be using the right equipment and ensuring that your equipment is not getting in the way of your progression. The drumming should be done on an exercise ball, that’s the most important component here.

A large stability ball should do the trick. Precision is a big part of drumming, but it’s not essential when your primary motivation is to exercise. So get a nice big one that it’s going to be easy for you to hit.

Then you need something to keep that in place. You’ll see a lot of people practicing cardio drumming using large plastic buckets. Get ones that are the appropriate size for the ball you’ve got.

You need to be able to place the ball inside so that it gets kind of stuck but most of it is still accessible enough for you to hit with your sticks. You could also get a specific stability ball base, but this might mean that you have to bend a little lower to reach it which might be tough at the start.

Whichever suits you though, everyone is different. And the same applies to the sticks, just using regular drumsticks is great but again, beginners might have a little bit of a tough time with using something that small. Foam noodles, normally used for swimming work perfectly.

And that’s basically it for equipment. Outside of that all you need is enough space to do it. You move your body around a lot and you want to be sure you don’t hurt yourself or hit off anything valuable.

The benefits are pretty numerous and the first one ties right back into what we were just talking about. This is an exercise that requires minimal equipment and very little setup to do it effectively.

Three pieces of equipment, all of which you can get very easily and then very little goes into getting yourself set up to practice. You can do it at home, you don’t even have to do it to music if you don’t want to.

Most people prefer to, but you can just do the drumming to your own beat if you’d like. Another benefit here is of course that it’s fun and it gives you an opportunity to experience music like you may never have before.

Playing an instrument is a rush because you are becoming a part of the music, and cardio drumming can allow you to feel like that too. It’s like dancing but it’s even more active than that and it’s thrilling and exciting.

There’s also the fact that you can use this to focus on specific muscles in addition to using it as a cardio exercise. You can incorporate more than just the physical exertion of drumming by including various positions.

You might be familiar with something known as calisthenics, which refers to resistance training using just your bodyweight. It’s commonly practiced by gymnasts and those who use this method to train will adopt a similar method to cardio drummers.

It’s about knowing your body well enough to know what positions and movements are going to help you with what muscles and the same principle can be applied when you’re doing cardio drumming.

Like you can drum from a squatting position if you want to work on your legs, you can lie on your back, get into  a sit up position and drum from there if you want to give yourself a bit of an extra core workout.

Try out different positions and different movements and you can find ways to work pretty much every muscle you’ve got. It’s a very varied approach to working out.

Is It For You?

In all likelihood, the answer to this question is yes. The great thing about this is that pretty much anyone can do it. You’re not going to be inhibited by age, your kids could try this if they wanted and even the elderly on some level.

Your body type doesn’t matter that much and how physically strong you already are isn’t going to inhibit you because you can work at your own pace. And above all else as I’ve mentioned a couple of times already, it’s just good fun.

If you are anyway musically inclined, it’s a workout that really should resonate quite well with you, it goes beyond just listening to music while you’re exercising and into the territory of actually being a part of it.

So even if you think that this looks a little silly and that you’d like to take a more serious approach to fitness, give cardio drumming a try. Just because it’s fun, doesn’t mean that it’s invalid as genuine exercise.