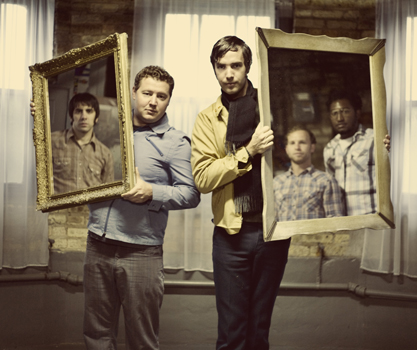 Portland’s Musée Mécanique are heading back to the UK in September for three dates to promote their upcoming new single “Fits & Starts”, taken from the album “Hold This Ghost”, which will be released on Souterrain Transmissions on September 6th.

After having released “Hold This Ghost” to much critical acclaim and toured for the first time in the UK in 2009, the band are returning as part of their European tour, as a five piece, rather than the duo which came to these shores last year.

Creating music from items as wide-ranging as tack pianos to saws, hand-operated ice cream makers to old radios, the song writing talents of Sean Ogilvie and Micah Rabwin are not only a sound to behold, but a sight too within the live setting of their shows especially now the three extra band members [Matthew Rubin Berger, Jeffery Boyd and Brian Perez] are coming along for the ride.

The tour dates in September are: