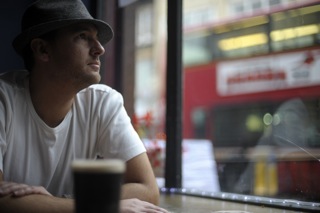 Having picked up some serious support on his Jalapeno debut “Something Special” from the likes of Aeroplane, Unkle and Tom Middleton as well as key house jocks like Mark Knight and The Shape Shifters – Max Sedgley shifts things up a gear with the release of new single Sound Boy.

Vocals come courtesy of one of the UK hottest MC’s – Tor Cesay. Listeners to Radio 1 and 1Xtra need no introduction to this girl – her previous productions have earned her a Radio 1 Maida Vale Session and countless plays from the likes of Zane Lowe / Mary Anne Hobbs and Gilles Peterson. Tor teamed up with Max to drop this summer bomb prior to releasing an EP of her own new material in September.

Remixes both come from Max’s Jalapeno label mates. Holland’s dance superstars Kraak & Smaak drop a rolling bass with rave stabs club banger while Parker eschews his down tempo Nu-Funk roots for a speeded up wobble bass extravaganza. Added to the package is Max’s own Afrodub remix making sure all bases are covered.

Max first came to international attention with the release of “Happy” – a single widely acknowledged as a classic and a festival favourite to this day. Picked up by Rob Da Bank’s Sunday Best label, Max and his band The Shoots toured the world on the back of his debut album.

Max will be dropping his new album “Suddenly Everything” at the end of August on Jalapeno Records.