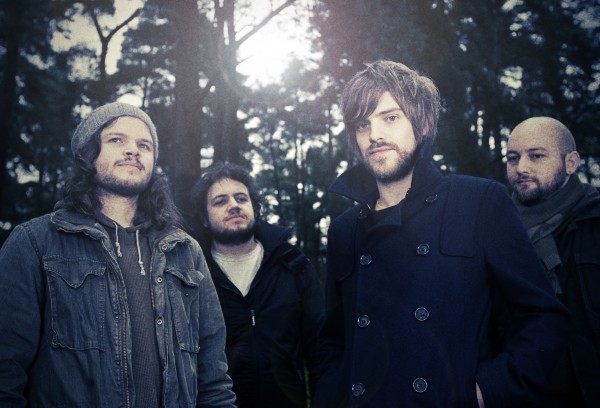 Named after a chapter from Philip Roth’s The Plot Against America and singing songs based around ocean explorers and space travel, The Winchell Riot’s debut EP proper comes out of Oxford on the band’s own label, Andrew The Great Records, at a time when the city couldn’t be hotter.

Produced by Sam Williams (Supergrass) and featuring artwork by legendary DC Comics guru Rian Hughes, the EP includes ‘Love, The Great Olympic Sport’, ‘My Young Arms’, ‘Glasgow Spaceflight’ and the 7-minute live favourite ‘Red Square’, recorded entirely live in three takes. Written in Moscow during “possibly, definitely the worst weekend of my entire life” according to singer Phil McMinn, the track is epic; funeral slow, stately and finally, the size of a city. It’s uplifting: the band admit their hats are firmly tipped towards the expansive post-rock of Sigur Ros and Explosions In The Sky but this is pop music through and through – constrained, perfectly controlled and explosive.

The band’s cottage industry approach to their music has attracted a startling number of producers to the band including Dimitri Tikivoi, Greg Haver and, most recently, the fast-rising Dan Austin (Doves / Cherry Ghost) who the band are currently holed up with finishing their debut album in Bath, England.

After supports with acts as diverse as Glasvegas, iLikeTrains & Michael Rother (Can/Neu! founding member) the band will be playing a number of their own UK headline dates over the coming months in support of the release.