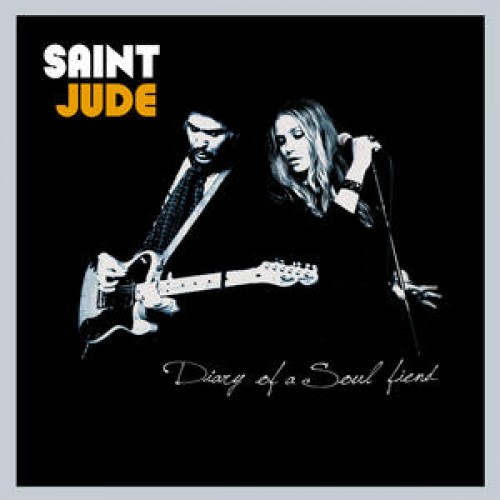 With a sound that harks back to the classic rockers of yesteryear, Saint Jude have emerged with the pure and soulful vibes of their debut album Diary of a Soul Friend. The album starts as it means to go on with the gutsy tones of Soul on Fire, which immediately displays the collective musical talents of the band beneath stunning female vocals. Saint Jude’s influences are easy to identify as they exude the vibe of seventies rock ‘n’ roll. The album, consisting of 10 self-written tracks, consistently maintains this raw sound and authenticity. Garden of Eden is the first single from the album and is an upbeat tune with smooth, sliding vocals ending with a classic indulgent guitar solo. The band are an irrefutable talent and if you’re into the smooth, indulgent sounds of classic rock you will love them. However, for me they take a little too much influence from rockers of the past resulting in a sound that seems quite dated and also in a group that are more defined by evocations of the past than of creating a unique sound of the moment.