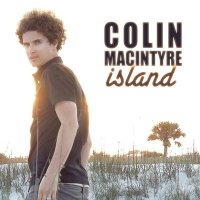 Colin MacIntyre is one of the UK’s most respected songwriters & performers who has also released under the moniker ‘Mull Historical Society’. MacIntyre hails from the Isle of Mull off Scotland’s west coast. To date MacIntyre has achieved 4 UK Top 40 Chart hit Singles, and 2 Top 20 Albums and been named Scotland’s Glenfiddoch Top Creative Talent Award. He comes to his favourite intimate venues to play these exclusive and special up-close-and-personal shows to preview ‘City Awakenings’, his new (6th) album. It will be released on Xtra Mile Recordings this summer, and is now available for fans to pre-order at PledgeMusic.com.

Says MacIntyre: “After my more stripped-back ‘Island’ album (2009), this is my follow-up to ‘The Water’ (2008). I’m very excited about the songs – they are breezy pop, some are widescreen things, and some are more minimalist, punchy nuggets. The theme is the city and cities – leaving them, arriving in them, burning them, living in them, and what it’s like for a child to see one of them for the first time. Arriving as an Islander, cities have been odd and inspiring places to me.”

He will be working with Producer Dom Morley, who mixed ‘The Water’ album and has worked with Amy Winehouse, Mark Ronson, Grinderman, Morrisey, and Keane to name but a few.

MacIntyre has recently signed to the home of his songwriting heroes Bob Dylan and Neil Young, the ITB talent agency, and will be touring the UK pre-summer.

“MacIntyre is a beacon of originality in a tiresome sea of dross.” Time Out “Pop Perfection.” The Guardia

Electric Elephant and Friends Of Mine… festival line-ups