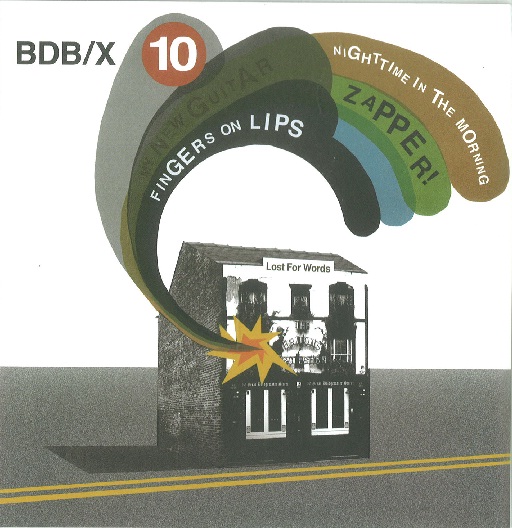 LOST FOR WORDS EP’ OUT 16THAPRIL (One Last Fruit)

Badly Drawn Boy has confirmed details of a new EP, to be released on 7” vinyl only on Record Store Day – 16th April 2011.

Entitled ‘Lost For Words EP’, it features four previously unreleased instrumental compositions by Damon Gough, AKA Badly Drawn Boy. The limited 7” only release was originally created to commemorate Badly Drawn Boy’s tenth anniversary gig at The Briton’s Protection in Manchester in 2007 (he played his first ever gig there in 1997) and was only available for people who were at the gig.

A limited run of 200 of these 7”s, from that initial pressing, will now be released especially for Record Store Day 2011 with never-before-seen artwork created by Andy Votel.
Badly Drawn Boy released his 7th studio album ‘It’s What I’m Thinking Part 1 – Photographing Snowflakes’ to much applause late last year. The beautifully animated video to the first single from the album ‘Too Many Miracles’ is online here: www.youtube.com/watch?v=snmv5W9Wxxc

Hans Zimmer and Rodrigo y Gabriela team up to score “Pirates Of The Caribbean: On Stranger Tides”