A Chat With Kill It Kid 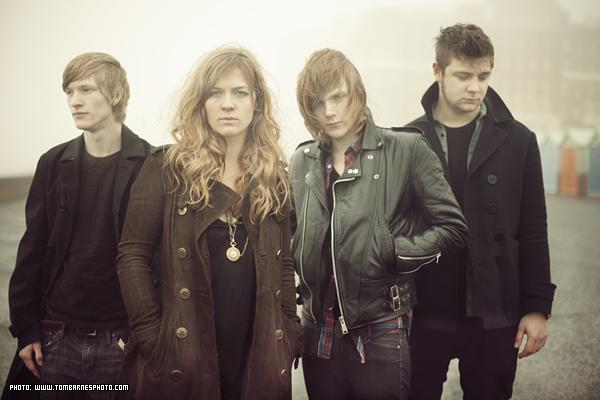 AAAmusic met with Chris Turpin, the voice of AAAmusic’s beloved Kill It Kid. Here’s what we found out!

AAAmusic: Tell us once again how you guys got together as a band?

Chris Turpin: We met in Bath. Me and Adam had begun KILL IT KID as an acoustic two piece. I was performing solo, 1920s delta blues covers, around the city when Marc approached me offering his services as a drummer. Steph and I met in the rehearsal room of a terrible soul band and we had the idea of running away and forming a blues band. She asked me to play guitar for her in a showcase she was doing. We decided to get everyone in a room together 2.5 half years ago and we were signed 6 months later.

AAAmusic: You obviously are influenced by Americana music and blues. What artists have inspired you the most?

AAAmusic: Can you tell us anything about the creative process?

CT: I write a song which takes from 3 minutes to a week. We beat it out in a rehearsal room for a day, arguing, sweating and generally not caring until we feel we have created something of some worth. Our second album has been a real learning curve. We didn’t want a single song on the album that we weren’t personally invested in and our focus shifted from trying to craft strong, traditional songs to working quickly and going with what felt immediate and natural. The whole album is being recorded as live as we can make and will be finished in 12 days. The writing and recording of our second album has already been such an exciting time.

AAAmusic: What are your favourite contemporary artists?

AAAmusic: What record made you decide that you wanted to pursue a career in music?

CT: It was predestined I think. My mother is a piano teacher, father a guitarist and gypsy, my grandfather was an organist and choir master and I was in church choirs from a very early age. It’s something you never decide to do but you can’t help but try to do…if that makes sense. As soon as I heard the opening bars of ‘White Blood Cells’ by the White Stripes I was a gonner.

AAAmusic: What’s the best gig you played so far? And the worse?

CT: The best was Hop Farm, playing to 3000 odd people and being on the same bill as Bob Dylan, Mumford and Sons, Van Morrison and Villagers was incredible. The worst was on our last tour, playing to two drunk fifteen year olds in Dundee in Scotland very late on a Sunday night…surreal.

AAAmusic: You are currently on tour in the UK. Any plans of an European tour?

CT: Yes, Germany is looking pretty good at the moment, keep an eye on our myspace for shows this summer.

CT: We are very excited to see how our next record is perceived which is out in July. It is being recorded with Leo Abrahams who was Brian Eno’s understudy and we can’t wait to hear the album as a whole. It also looks like we may have a big American release in the pipeline…this is our main priority for 2011.

Thank you very much for having us!