Paul Weller Announced as Special Guest of Kings Of Leon 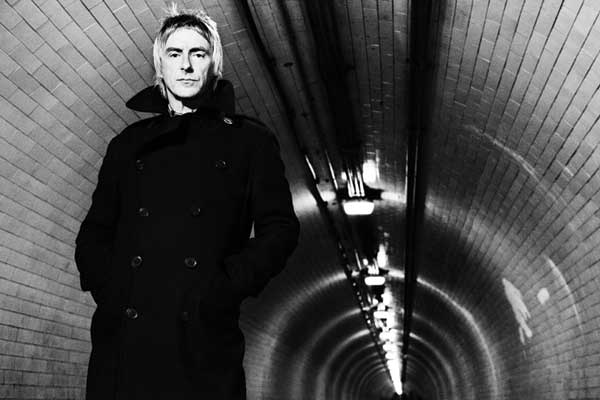 Kings of Leon have today announced that joining them as special guests at their 2 Hyde Park shows this June will be British Icon Paul Weller playing his only UK shows for the remainder of 2011, Tech-rockers White Lies and Country Rock outfit the Zac Brown Band.

Paul Weller has a career that spans over 30 years, he remains one of British music’s most Iconic figures, still making relevant music and receiving critical acclaim. In 2010 alone, he received for his latest album “Wake Up the Nation”, the Ivor Novello Lifetime Achievement Award, NME Godlike Genuis Award, Uncut Award for Album of the year and a Mercury Music Award nomination, as well as embarking upon a totally sold out UK arena tour plus 5 sold-out nights at the Royal Albert Hall. Speaking on playing his only UK outdoor shows of 2011, Paul had the following to say

“I’m really looking forward to playing the 2 nights in my home town at Hyde Park with the Kings of Leon. They will be the only shows I’m doing for the rest of this year so we’ll make sure they are top!”

In addition to writing and recording their second long-player ‘Ritual’ (released in January this year), the last 12 months have seen White Lies play stadium and arena shows as main support to Coldplay, Kings of Leon and Muse as well as their own hugely successful world-wide headline tour which included 2 sold-out nights at London’s O2 Brixton Academy and was in support of their 2009 album ‘To Lose My Life’ which debuted at #1 on the UK charts when released in January 2009 and saw the band being awarded with ‘Best New Band’ gongs at both the Q and Mojo Awards.

GRAMMY-Award winning Zac Brown Band has proven that “overnight success” can be years in the making. Their second major label studio album ‘You Get What You Give’ (Atlantic/Southern Ground Artists, Inc.) was released on September 21st 2010 and debuted at #1 on the Billboard 200 chart. The band also recently earned four GRAMMY nominations including Best Country Album and five CMA Awards nominations including Entertainer of the Year.  Previous honours include their 2010 GRAMMY win for Best New Artist, 2010 CMA win for Best New Artist, 2009 Academy of Country Music Awards win for Top New Vocal Group and the 2009 Breakthrough Video of the Year.

Kings of Leon’s highly acclaimed fifth album ‘Come Around Sundown’ (out now on Columbia Record) became their third consecutive album to debut at #1 when it topped the UK album charts on release last year, claiming both the biggest week one sales of 2010 & the biggest ever first week digital sales along the way.

Like last year’s triumphant, sold-out headline performance to 65,000 fans and their brace of sold-out arena shows in December 2010; this year’s Hyde Park shows are set to be one of the highlights of the live calendar. The dates are as follows:

Remaining tickets are on sale now and are available from www.livenation.co.uk priced £50.55 (subject to booking fee)