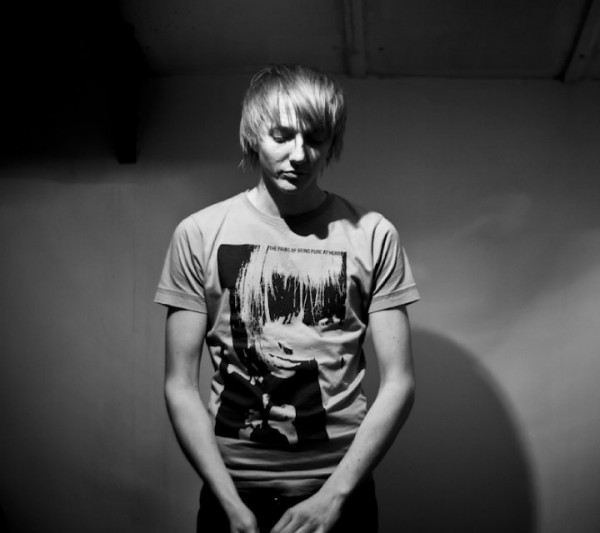 Worcester-born Howard James Kenny finally drops his debut album ‘Shelter Songs’ – a sonically rich folk record, laced with post-rock experimentalism. Who is Howard James Kenny? A singer-songwriter packing the standard pop folk weapons: melancholic acoustic picking and vocal vulnerability. Yes, his guitar work is more intricate than most, and his (occasional) falsetto is less grating than most, but what makes Kenny such a precious listen is his special effects. Although looping vocal and guitar parts over other vocal and guitar parts – the central tool of Kenny’s songwriting – may not be anything new, this youngster is just so damn good it (believe me, I’ve seen him live).

Opener ‘Digits Point’ is a straight-ahead pop folk song in the vein of Alexi Murdoch or Dan Arborise, and just as well executed as those popular artists (but is that a smidgen of auto-tune I hear looping in the background of the harmony?). The extended version of ‘Good Fortune’ is an improvement on the single edit, simply because Kenny is given more room to create his ambient atmosphere – the climax is all the more breathtaking for those extra few minutes of breathing space. ‘If’s’ is a short, synthy, and harmonious interlude – pretty but a little pointless.

Previous single ‘Insects’ is one of the more low-key moments on the album – slow and tender folk with a simple choral sample repeating itself in the background. By no means the strongest song, and its leisurely tempo renders it quite an odd single choice, but a sweet little track nonetheless. ‘Owls’ showcases Kenny’s vocal capabilities with many a looped falsetto, but, musically, is one of the most unmemorable additions to the LP.

The extended song structures of ‘My Wrongs’ and ‘This Old Ship’ affix a kind of post-rock element to Kenny’s pop folk – and this is when he’s at his most captivating: when he’s demonstrating his progressive tendencies. The deep, menacing piano chords and ticking drums invigorate his acoustic/electric guitar loops on ‘My Wrongs,’ while ‘This Old Ship’ contains the kind of echo-laden, post-rock guitar effects that are trending with modern day post-hardcore (e.g. Thrice) – exhilarating stuff.

My major gripe with the record is how short it feels. I say feel, because although there are only seven tracks on ‘Shelter Songs’, the record clocks in at over 40 minutes – so it’s not actually that short. But since versions of ‘Good Fortune’ and ‘Insects’ have been released before (and ‘If’s’, at 1.53 mins, is barely a song) it would have been nice to hear a couple of extra tracks on this debut.

A worthy purchase by a worthwhile singer-songwriter – shame he didn’t include his genius cover of Massive Attack’s ‘Tear Drop,’ but its exclusion is all the more reason to go check Howard James Kenny out live: an environment where his effects-heavy acoustic music triumphs.

Kontakte – We Move Through Negative Spaces