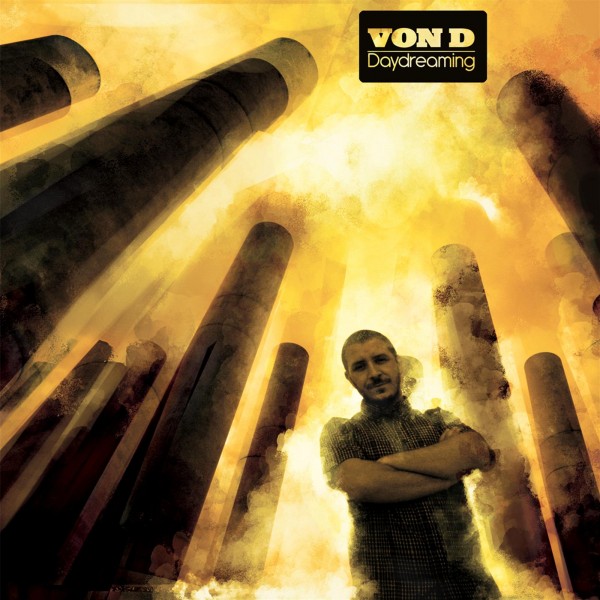 The album sees Von D collaborating with the internationally renowned Foreign Beggars, Phephe, David Boomah (vocalist for Shy FX Murderation) and Riya & Mr Lager, while his previous work has also been remixed by a host of respected dubstep DJ’s including Skream and Tes La Rok.

Born into the cultural melting pot of the Paris suburbs, Von D found his soul’s conduit in a beaten up old drum kit. Whilst the riddims of King Tubby alongside the foetal jungle of Photek and Serge Gainsborg were initial inspirations, after forging a successful path as a sound engineer Von D honed his sound sculpting skills to a razor sharp edge.

Von D’s productions have been picked up by Skream, arguably one of dubstep’s most successful artists, who snapped up a release for his label Disfigured Dubs. DJ Chef released Von D’s ‘Show Me’ on hisSub Freq imprint, which quickly became one of the most talked about releases of 2009 – so much so that three time DMC World Champion DJ Craze has been supporting the track in recent mixes.

Not one to be complacent, Von D’s kept up the pressure with releases on Black Acre, Tempa, Soul Jazz and Argon – enough to attract the attention of BBC Radio 1’s Gilles Peterson who has included a track for his hotly anticipated ‘Brownswood Bubblers’ compilation album.

Von D has created a global buzz with his numerous explosive live performances featuring unreleased and exciting material from himself as well as other established producers. Having had a host of successful tours in the United States, Europe and China, Von D has now set his sights on touring New Zealand and Australia.