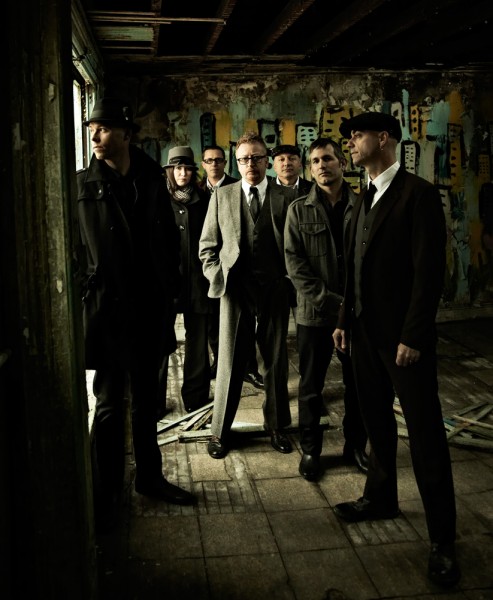 Album “Speed of Darkness” out now

“Flogging Molly Rage Against CEOs on Speed of Darkness …
one of their best records yet!” – Rolling Stone

2011 promises to be a great year for FLOGGING MOLLY. Fresh from a stunning set at 2011’s Glastonbury festival and a string of headline European festival shows, the legendary 7-piece Celtic punk ensemble have just announced a full UK tour to take place in November 2011. Tickets for the November 2011 UK dates will go on general sale at 9am on Friday 1st July. Prior to then there will be a special fan pre-sale from 9am on Weds 29th June from via band’s own website. The band will be playing tracks from their recently released “Speed Of Darkness” album in amongst a host of Flogging Molly classics…

Consummate live performers, these shows should not be missed.

The full UK tour will follow an exclusive one-off intimate club show on the 29th June (at London Garage) and appearances at Reading/Leeds Festival in August.

Recorded with producer Ryan Hewitt (Red Hot Chili Peppers, The Avett Brothers), “Speed Of Darkness” was released worldwide in May this year. The album debuted at #9 in the US Billboard charts and has delivered a host of other chart positions around the world. ‘Speed of Darkness’ follows up FLOGGING MOLLY’s acclaimed 2008 release ‘Float’, which has gone on to sell over 80,000 copies in the UK and Europe.

A single from the album, “Revolution”, is set for release this week, on the 27th June. “Revolution” is shaping up to be a future Flogging Molly classic, with a biting call to action and rousing instrumentation whipped up into a fierce brew, which is already rocking the band’s live set. In ‘Revolution’, the band unleash a single that will appeal to the army of Molly Faithful and new fans alike and comes backed by an acoustic version of album track “A Prayer For Me In Silence”.

The bulk of the new album was written in the city of Detroit, original home to Flogging Molly fiddler (and front man Dave King’s wife) Bridget Regan, and the city where the couple have resided almost fulltime for the last three years. “Speed Of Darkness” takes a hard-nosed look at the economic collapse in the US and the direct effect it has had on everyday people. The Motor City serves as the album’s muse and a painful example of what has gone wrong in today’s world. “Speed of Darkness” is an album of rebellion and exile, and of struggle and history and the fight, and moves the hard talking, hard playing outfit into the territory of purveyors of the modern American protest song.