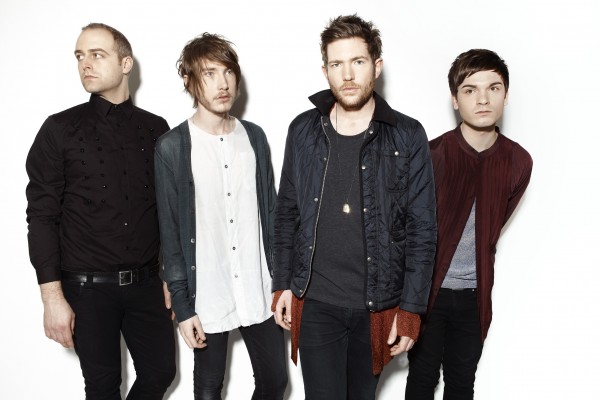 Follow Glastonbury with further festival dates including V, T in the Park, Bestival and Lovebox

Having kicked-off the summer with a triumphant return to the stage at a completely packed out East Dance Tent at Glastonbury, Fenech–Soler’s busy schedule continues with further festival dates including V, T in the Park, Bestival, BigChill, Lovebox, Hop Farm and Blissfields. The quartet will follow these dates with a full UK tour which has been boosted by the addition of a second London show at Koko after the first scheduled date sold-out.

Inspired by artists as varied as Daft Punk, The Chemical Brothers, Queens of the Stone Age and N.E.R.D., Fenech–Soler have made huge strides forward since last September’s release of their acclaimed self-titled debut album, which earned support from Radio 1 as well as Q andXFM award nominations for The Next Big Thing and Best British Debut Album of the Year respectively.

Fenech-Soler’s debut album takes the band’s radio-friendly nous to unexpected places. It includes three singles: ‘Lies’ is a tale of lust and paranoia that becomes a glittery explosion of foot-stomping melancholy, ‘Demons’ recently became the band’s first full American release, while ‘Stop And Stare’ is their festival anthem ready and waiting, full of twitchy, urgent riffs, and hands-to-the-air vitality.