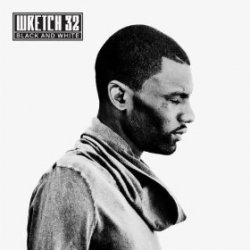 “Anniversary feat Alex Mills” The song kicks off with a nice drum and piano chords being played. The song is really vocally and the lyrics are really touching, about when you met your love of your life. Anniversary is the day that once you met the love of your life. Alex Mills also is beautifully featured in the song, and the album is kicking off nicely. “Black and White” starts off with a guitar that is accompanied with a live atmosphere. The drum sound is really dirty and it makes the sound organic and this makes the lyrics just flow really nice together. Then a dark and twisted sound is being produced with some piano chords. The way the song is constructed sounds to me like things are in “Black and White”. It’s about how people don’t see colours in their life. “I’m Not The Man feat Angel & Chipmunk” The song starts off with some nice piano being played. There is also some nice drum clap being plaid accompanied what’s being played. The vocals are really nice, because they are about what happens in the men’s life and what bad things they do. The vocals become calmer with them being doubled. This is a song that makes the listener think about their actions and consequences are to deal with. Featuring Angel and Chipmunk make a good pair singing in this song. “Never Be Me feat Angel” The song starts with some nice oriental drum groves. They are accompanied with some nice vocals that also get a nice effect at times on them.  The song gets more depth with the effects being produced with the guitar and piano. It all sounds melodic and Angel sounds good as usual. “Please Don’t Let me Go” The song kicks off with some nice trippy piano, drums and dirty bass being played. The vocals sound really sweet and so do the backing vocals. It’s a sweet song that drives you forward. The echo effects that are being used are really great addition, that dives the listener into a trance. This is due to the vocals being dubbed.  “Traktor feat l” starts off with some nice urban beats and effects. The bass effect is really acoustic and makes the listener dance, though the vocals fit in rather nicely. The synthesized lead effects fit in great and the piano part that is being played is a good bridge that takes the listener into a trance. “Unorthodox feat Example” “Example” is well known from his resents success from the charts. The song starts off with a funky guitar lead being played. This is being accompanied with some nice vocals that fit in well. Then the songs influences sounds Carrabin and that gives the song a change in the guitar riffs. This is really nice, because there is some more depth that takes the listener into a deeper trance. “Example” does a great job.

All the featuring artists are really great addition for “Wretch 32” which make the album even greater than it already sounds.

If people are wondering why the events of the 08 August 2011 happened listen to “Wretch 32 – Black and White”.