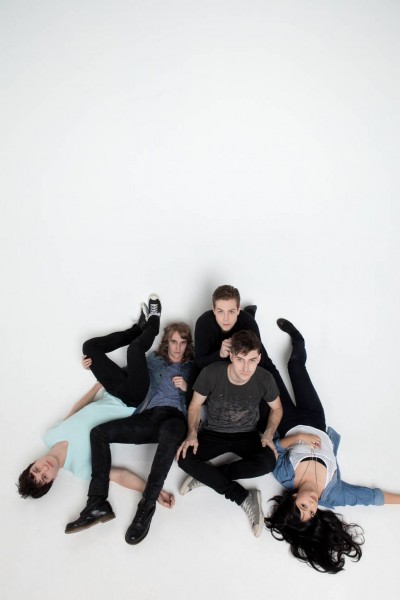 The Naked And Famous have announced a major UK tour for November. It would be great if you could include the following dates in any previews you may be running. We also have tickets available for review plus time with the band on show days so please let me know if you’re interested heading down to a show.

“Fervent, infectious and highly hummable, this is a band armed with songs to fall in love with.” – The Fly
“Ecstatic, uplifting, thumping, pumping psych-dazed, rocked-up synth-pop that is all about affirmation.” – The Guardian

The New Zealanders picked up the Philip Hall Radar Award at the Shockwaves NME Awards in February as well as a place on the BBC Sound of 2011 longlist.

Their album Passive Me Aggressive You (Fiction) has received rave reviews as have their recent sell-out shows around the country.
The Naked And Famous will continue their ascent after a full summer of festival action with a return to the UK for the following shows.
Formed in New Zealand, in various Auckland bedrooms by David Beadle, Thom Powers, Aaron Short, Jesse Wood and Alisa Xayalith, The Naked & Famous took the DIY approach, writing and recording the majority of their music in those very same suburban houses. Its loving, careworn aesthetic was preserved as the tracks were mixed and mastered in the US before release.