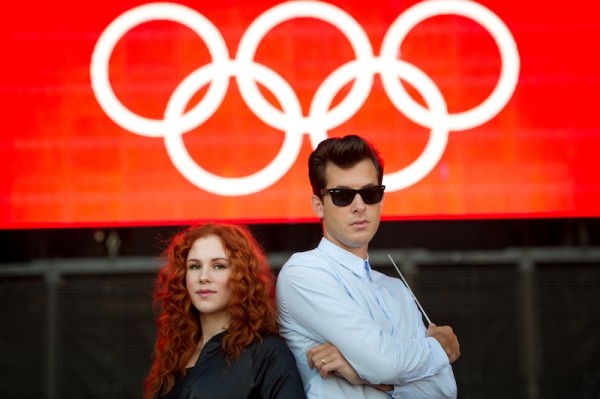 LONDON, Sept. 29, 2011 – Inspired by the sounds, spirit and culture of the host city of London, Coca-Cola today unveiled its global integrated campaign for the London 2012 Olympic Games, Move to the Beat – aligned with the vision to make London 2012 a Games to inspire the youth of the world.

The ambition of Move to the Beat is to bring teens closer to the Olympic Games and to sport in general.  Harnessing teens’ passion for music, and drawing inspiration from London’s musical heritage, the campaign fuses London music with Olympic sport to connect young people to London 2012.

“The number one passion point for teens is music,” said Shay Drohan, Senior Vice President of Sparkling Beverages at The Coca-Cola Company.  “Through Move to the Beat, Coca-Cola is inspiring teens around the world to move to the beat of London and come together in the biggest Olympic Games activation in our 84-year partnership.”

Move to the Beat will include the following elements:

An uplifting anthem created by GRAMMY award-winning producer Mark Ronson and chart-topping vocalist Katy B fuses the sounds of Olympic sports with the beat of London music.  Ronson travelled the world gaining inspiration for the track and meeting young athletes to record their sounds, which provide the beat of the song.

The creation of the song will be captured in a feature-length documentary, before being released as a single worldwide. It will provide the soundtrack for TV commercials, mobile and digital platforms and Coca-Cola events during the Olympic Games.

“I’ve been able to do something really unique, meeting these remarkable athletes and recording their sounds to use in this song. It’s exciting to be working with Coca-Cola on the Move to the Beat campaign for London 2012,” said Ronson.

Five young Olympic hopefuls will act as ambassadors for the Move to the Beat campaign.  Each inspirational athlete was chosen because they embody the values of positivity and optimism that are at the heart of

Coca-Cola and the Olympic movement.  The athletes supporting the campaign are:

Each athlete worked closely with Mark Ronson to provide the unique sounds of their sport for inclusion in the music anthem. The athletes will be featured in advertising, interactive digital and mobile apps with Coca-Cola following their journey up to, during and after the London 2012 Olympic Games.

How do you capture the sound of sport?  This behind-the-scenes look at the creation of the Coca-Cola anthem takes viewers around the world to answer that question.  The 60-minute film follows Ronson’s journey across 5 countries and 4 continents to meet with each of the athletes and record the sounds of their sports in their hometown.

The global television commercial featuring Mark Ronson, Katy B and all five Olympic hopefuls will demonstrate the fusion of music and sport against a London backdrop.  The spots will air from early 2012.

The campaign elements will be activated globally across multiple platforms including mobile, digital and in-store communications.  Through text messaging, mobile Web and revolutionary apps, Coca-Cola will empower a new generation of Olympic Games fans to create, interact and share the musical beat of the Olympic Games anytime, anywhere.  Limited edition Coca-Cola packaging will bring the movement and the energy of the Olympic Games to life in stores around the world.

A key element of the activation is Coca-Cola’s Live Positively commitment to make a difference in the world.  Coca-Cola is committed to leaving a lasting legacy of sustainability for the London 2012 Olympic Games. At all London 2012 venues, Coca-Cola products will be served in 100% recyclable packaging and every empty bottle recycled at the venues will be turned back into a new bottle.

Another element of Live Positively is the brand’s commitment to providing support to grassroots sporting initiatives.  Coca-Cola encourages active participation in sport and charitable activities in association with organizations like StreetGames and Rockcorps, to provide a positive impact on the health and wellbeing of communities all over the world.

The Coca-Cola Company (NYSE: KO) is the world’s largest beverage company, refreshing consumers with more than 500 sparkling and still brands. Led by Coca-Cola, the world’s most valuable brand, the Company’s portfolio features 15 billion dollar brands including Diet Coke, Fanta, Sprite, Coca-Cola Zero, vitaminwater, Powerade, Minute Maid, Simply and Georgia. Globally, we are the No. 1 provider of sparkling beverages, juices and juice drinks and ready-to-drink teas and coffees. Through the world’s largest beverage distribution system, consumers in more than 200 countries enjoy the Company’s beverages at a rate of 1.7 billion servings a day. With an enduring commitment to building sustainable communities, our Company is focused on initiatives that reduce our environmental footprint, support active, healthy living, create a safe, inclusive work environment for our associates, and enhance the economic development of the communities where we operate. For more information about our Company, please visit our website at www.thecoca-colacompany.com.