Verses to release EP, plus tours with Puddle Of Mudd, Soil and Fozzy

VERSES release the ‘No World For Us’ EP on October 31st and hit the road with Puddle of Mudd, Soil & Fozzy! 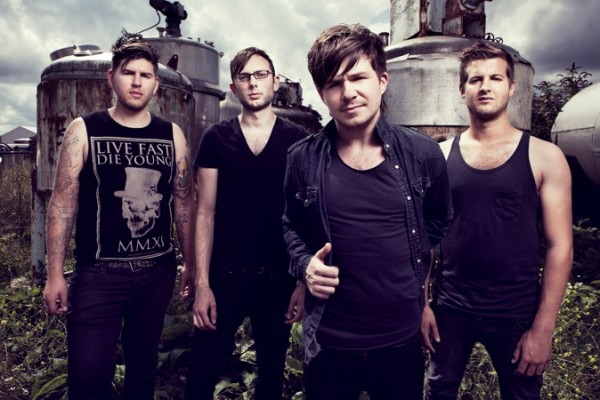 The quartet that makes up Verses only came together in January of 2010, but in less than two years, they’ve become a regular fixture on the UK’s underground circuit and with forthcoming EP, ‘No World For Us’, recorded with Romesh Dodangoda (Kids In Glass Houses, Funeral For A Friend, Twin Atlantic), their chances of a break out are at an all time high.

The bands first couple of years together have been eventful to say the least, with lots of evenings spent sleeping in their van after shows all over the country and all of the wonder and experiences that are thrown up as a result, including one night in particular where the band found themselves and their gear in the middle of a full-blown riot!

When not avoiding riots and hypothermia, Verses have managed to build up a solid fan base with their anthemic, driving brand of rock, lead by Danzelman’s consistently impressive vocal performances. It’s not a soulless affair either, with the main message across ‘No World For Us’ being one of positivity, drive and belief.

You can catch the band playing ‘No World For Us’ live on tour with Puddle of Mudd and Fozzy in the coming months. Dates below:

The Soft Moon to release EP