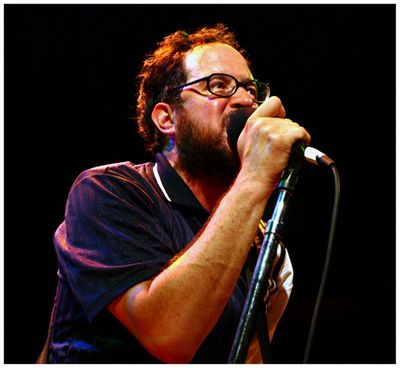 Craig Finn, frontman of the critically acclaimed group The Hold Steady, has confirmed the release of a limited 7″ single, Honolulu Blues, which is backed by new B-side Rented Room, on 28th November. This will be a taster for the January 23rd release of his debut solo album, Clear Heart Full Eyes, on Full-Time Hobby Records.

Earlier this year, Finn challenged himself to write a new song every day in his Brooklyn apartment. “I had written a bunch of songs that were outside of the norm for The Hold Steady, a little quieter and perhaps more narrative,” says Finn. “I wanted to gain some experience and insight into the process of making a record by working with new people.“

Finn travelled to Austin, Texas in July, removing himself from all familiar surroundings, to record the album with producer Mike McCarthy (Spoon, Trail of Dead). Of the album’s title, Finn says, ”It’s a juxtaposed reference to ‘Friday Night Lights,’ a TV show that excited and moved me and also happened in Texas. Further, ‘Clear Heart’ signifies honesty and transparency, and ‘Full Eyes’ suggests experience.“

Finn‘s solo album features a variety of guests, including members of White Denim, Phosphorescent, The Heartless Bastards and Centro-matic.

2012 tour dates will be announced soon.